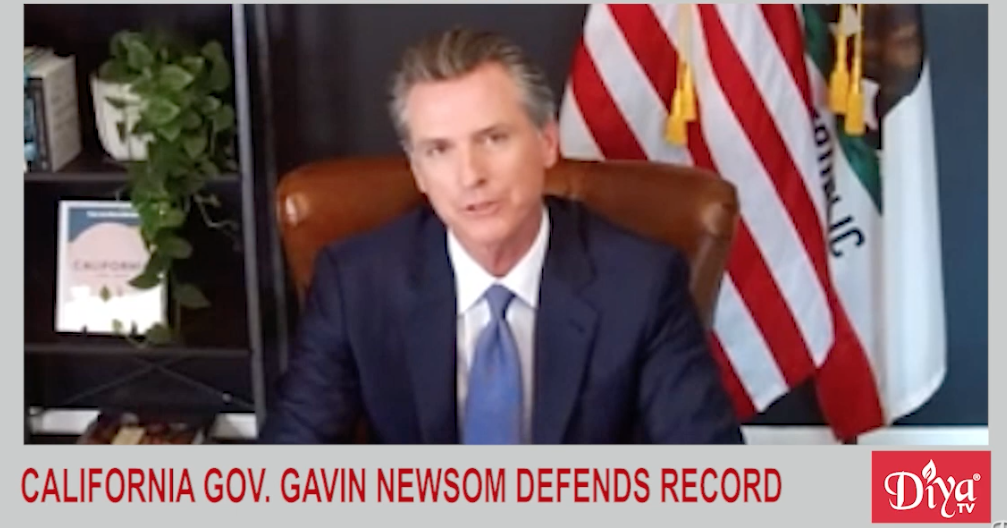 SACRAMENTO (Diya TV) — In an effort to reach more Asian Americans before his recall election, California Governor Gavin Newsom spoke to Diya TV’s Ravi Kapur. Newsome says the AAPI vote is crucial in a state like California where some of the larges cities like Los Angeles, San Francisco, and Sacramento have massive Asian communities. He also says his opponent Larry Elder will implement policies that will be harmful to the AAPI community and says his recall is costing taxpayers 300 million dollars.

Health officials are now warning the Covid 19 Delta variant is more contagious than previous variants and doctors say they’re seeing a surge in pediatric patients. But there’s still not enough research out there to say it’s more harmful for kids. As Delta variant hammers the United States, the hardest hit are the unvaccinated, a population that includes some 50 million children younger than age 12.

The Dixie Fire in Northern California continues to expand: It’s now burning 780 square miles, amid high temperatures and dry conditions. Containment remains at less than a third. It’s the largest wildfire in California, having destroyed more than 500 homes and most of historic downtown Greenville.