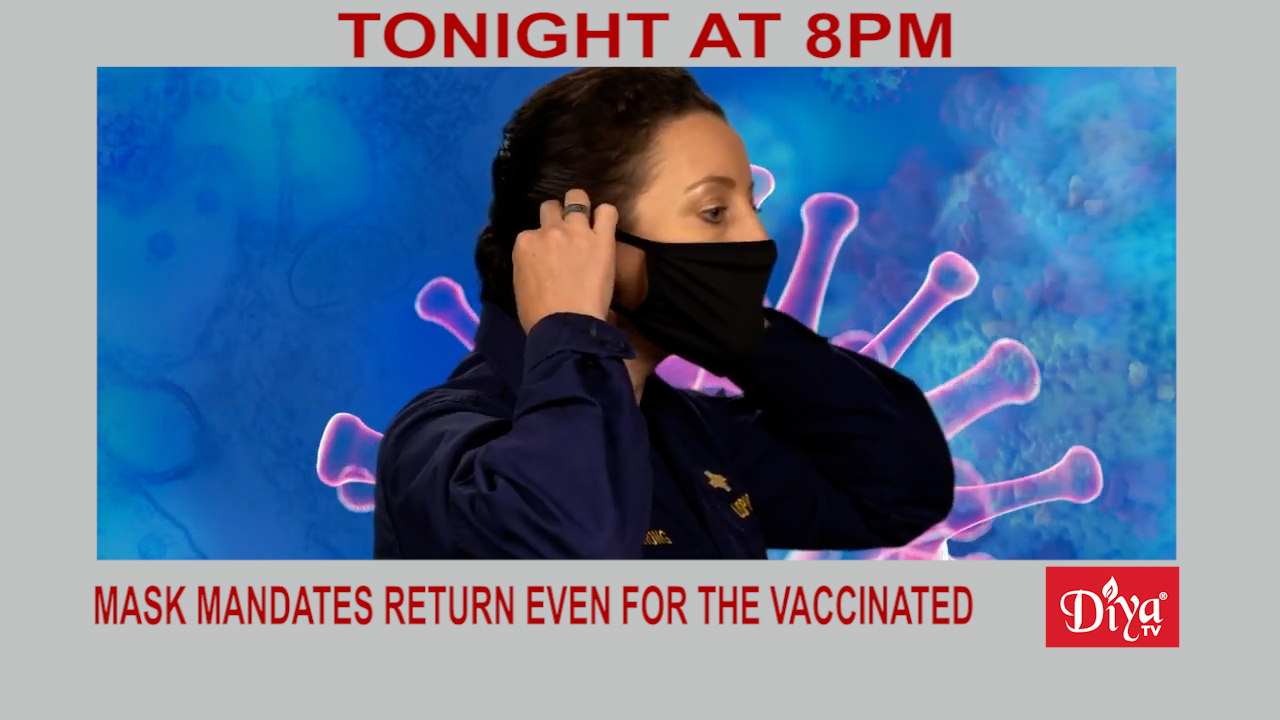 WASHINGTON (Diya TV) — Mask mandates are coming back, even for the vaccinated. The CDC last week advised all Americans, including people who are fully vaccinated, to mask up indoors in public places again, anywhere in the country that is seeing significant spread of COVID-19. In addition, the agency also went back to its guidance on face masks in schools, and is now advising all students and staff to wear masks during in-person learning, regardless of their vaccination status.

The Berkeley City Council named June 3 an annual “Partition Remembrance Day” to commemorate one of the world’s largest refugee crises caused by the partition of India and Pakistan in 1947. Berkeley is the first city in the United States to officially proclaim a day recognizing the Partition which has remained largely unacknowledged by global governing bodies.

President Joe Biden announced plans to nominate Khizr Khan, who famously criticized Donald Trump for his disparaging remarks on Muslim-Americans during the 2016 Democratic National Convention. Khan’s son was an Army captain killed in 2004 while serving in Iraq. Khan gave a blistering speech, questioning if Trump had ever read the Constitution by pulling his own pocket-sized copy out of his suit jacket for emphasis.

Khan: America ‘really messed it up’ in Afghanistan