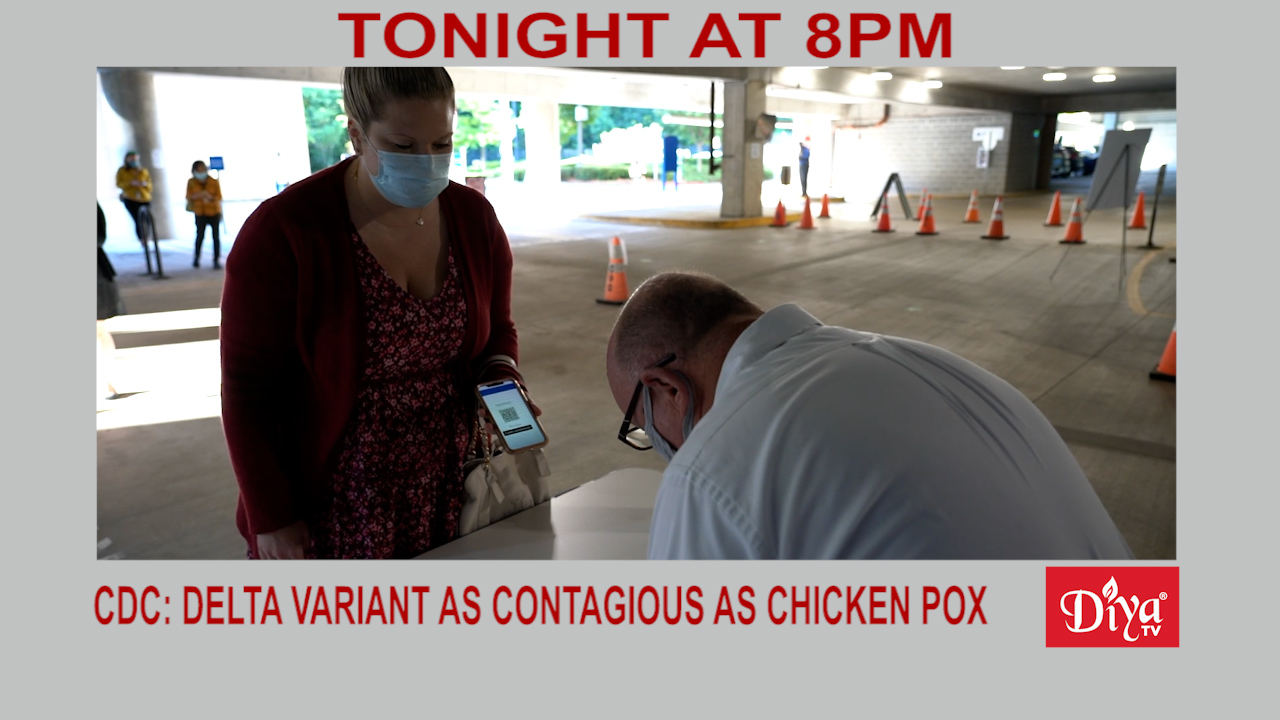 ATLANTA (Diya TV) — The Centers for Disease Control is warning the Delta variant is as contagious as chickenpox, has a longer transmission window than the original Covid-19 strain, and could make older people sicker, even if they’ve been fully vaccinated.  An internal CDC document shows it could also be spread by vaccinated people as easily as the unvaccinated.  Delta is already in 132 countries and is the dominant disease in the United States.

A rough initial public offering for stock trading app Robinhood, debuting on Wall Street as the worst performing IPO ever for its size.  However, each co-founder is now worth billions of dollars, including Indian American Baiju Bhatt, who owns about 8 percent of the company.

Edison, New Jersey is making history by recognizing July as Hindu Persecution Awareness month. The township has one of the largest Hindu communities in America. It’s a major win for advocacy groups trying to battle Hinduphobia in some cities and at major universities.

Khan: America ‘really messed it up’ in Afghanistan