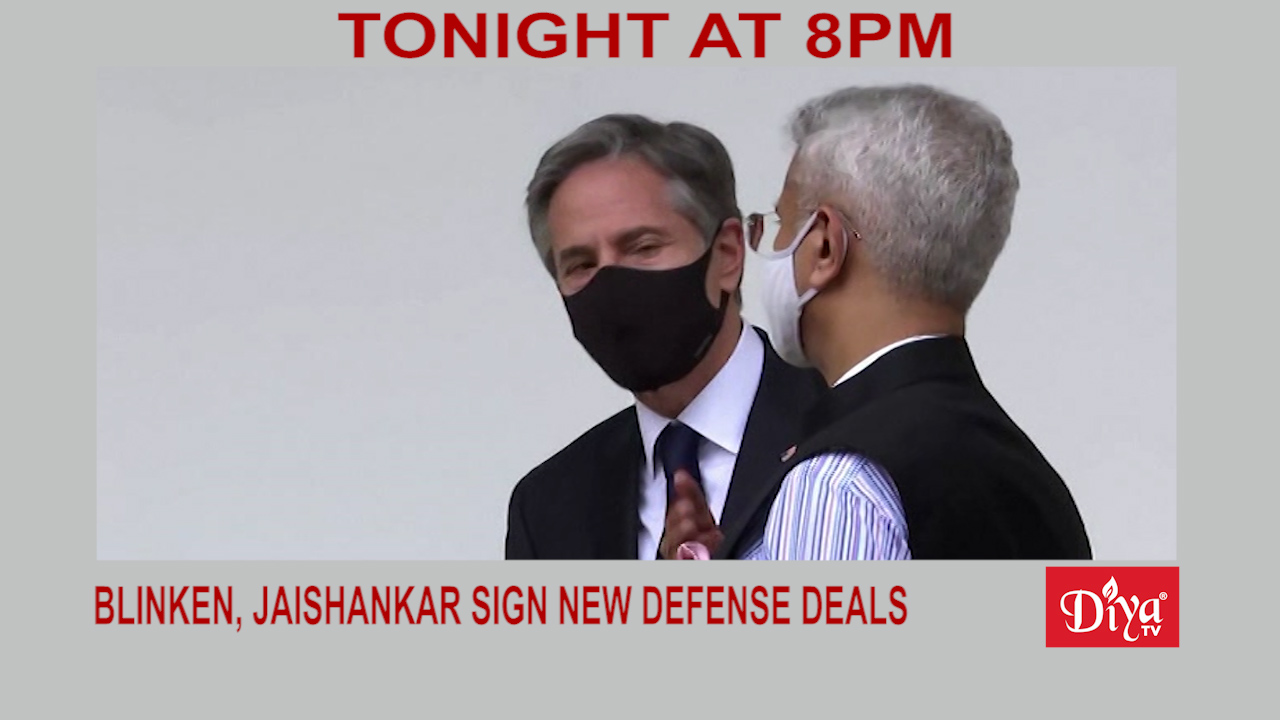 NEW DELHI (Diya TV) — To counter China’s growing influence in the Indo Pacific region, U.S. Secretary of State Antony Blinken and Indian Foreign Minister Subrahmanyam Jaishankar met in New Delhi and sought to strengthen a united front against Beijing. The two countries have steadily ramped up their military relationship and signed a string of defense deals. So far during Blinken’s India visit, he also announced a $25 million fund to support the country’s COVID-19 vaccination program.

The International Monetary Fund says lack of access to vaccines and renewed waves of Covid-19 cases are leading to a lower economic growth forecast for India, slashing it to 9.5% from 12.5% for the remainder of this fiscal year. Despite the slow down in recovery India still has the highest growth rate compared to the rest of the world.

Dr. Manisha Juthani has been nominated to serve as commissioner of the Connecticut Department of Public Health. The Indian American doctor is an infectious diseases physician at Yale School of Medicine in New Haven, where she specializes in the diagnosis, management, and prevention of infections in older adults.

Related Topics:BlinkenfeaturedIMFJaishankarManisha Juthani
Up Next