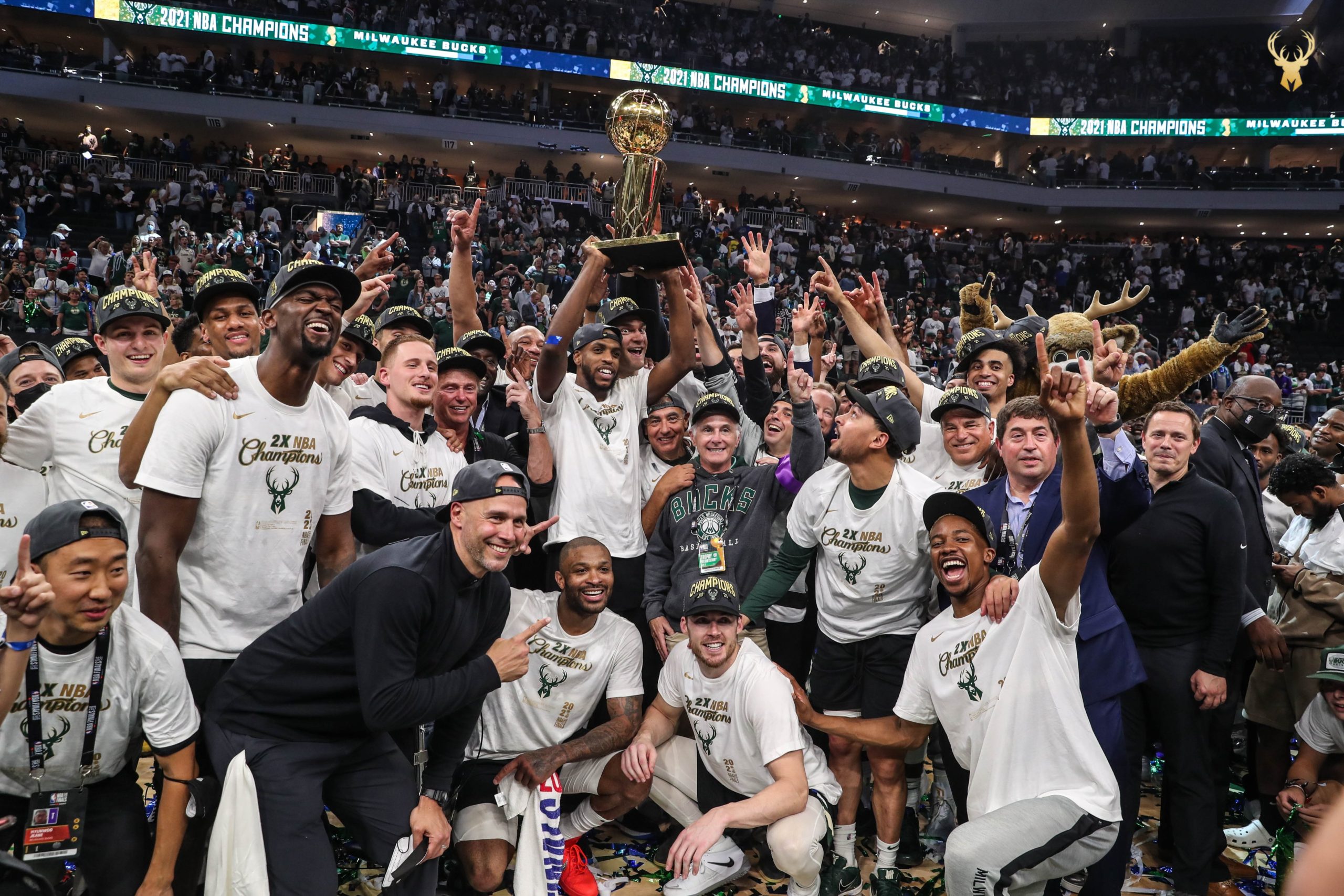 MILWAUKEE, Wisconsin (Diya TV) — The Milwaukee Bucks clawed back from deficits and injuries to win their second NBA championship and their first in 50 years. Their resilience shone through as they made extraordinary comebacks and jaw-dropping plays. Finals MVP Giannis Antetokounmpo won his first championship, which he can add to his arsenal of 2 MVP awards and numerous other accolades. Giannis, Khris Middleton, and the entire Bucks’ team have much to celebrate after being crowned NBA champions.

The Series & the Game

This series could only be described as a roller-coaster. Runaway leads were suprisingly prevalent, but comebacks were always queued in what would always be a competitive game till the end. In Game 6, similarly, the Bucks claimed an early lead in the first quarter, but the Suns raged back in the second quarter to lead at halftime. Milwaukee only pulled away in the second half to seal the deal.

The Suns had a rocky late series; rarely, if ever, did we see the Booker, Paul, and Ayton we saw against the Lakers and Clippers. Moments of magic were clouded by slumps and deficits. Against the Bucks, they lost three in a row, something that hadn’t happened since January. As a bright spot, emerging star Devin Booker had monster nights, with two back-to-back 40 point games. Chris Paul, despite underperforming for most of the series, had a star night in Game 1 and another one tonight. However, throughout the series, the Suns struggled with foul trouble, which stunted their performance and momentum.

The Bucks took a while to find their groove, with 2 losses to start the series. However, they bounced back in Game 3, blowing the Suns out at home. The Bucks then won 3 more to be where they are today. Antetokounmpo averaged 35 points and 13 rebounds throughout this entire series, a magnificent feat. Middleton also heavily contributed, with 29 points in Game 1 and 5. Where Milwaukee took their real victory, however, was their defense: most notably Jrue Holiday’s crucial steal in Game 5 and Giannis’s timely block in Game 4. They stifled Phoenix’s defense and left them little room to score.

These historic moments came after years of toil from players and others. The Bucks have been vying for a title for the longest time. They’ve played at the top of their game for years, but just fallen short in the playoffs. This year, they finally made it to the top.

Mike Budenholzer, the Bucks’ coach, elevated the Bucks to a whole new level. With Khris Middleton and Giannis, he tapped into their potential and allowed them to shine on the court. Budenholzer credited the Bucks’ GM Jon Horst for his constant work in constructing a championship team. He remarked, “What Jon Horst has done to put together a team, he’s the greatest GM in the league. I’m a little bit biased, but to be his partner, for him to go out and get Jrue Holiday, to have the guts to make that [trade], to recruit guys, to get P.J. Tucker midseason, Bobby Portis in the offseason…”

Giannis commented, “In order for me to be in this position, how much my parents sacrificed. How much my parents sacrificed. I saw that every day. My mom, she worked extremely hard every day for me to be in this position and she never pressured me to do other things.” From humble beginnings in Greece, he has emerged as a force to be reckoned with, an elite player like no other. He joined LeBron James as the only Finals player to average 30+ points, 10+ rebounds, and 5+ assists, even being the first player to do that with 60% shooting. And with 40+ points and 10+ rebounds in 3 games of the series, he has joined Shaquille O’Neal as the only players to do that. These historic feats have cemented Giannis’s place as one of the greatest players of all time.

With sheer determination and grit, Giannis Antetokounmpo and the Bucks have triumphed yet again in the NBA.