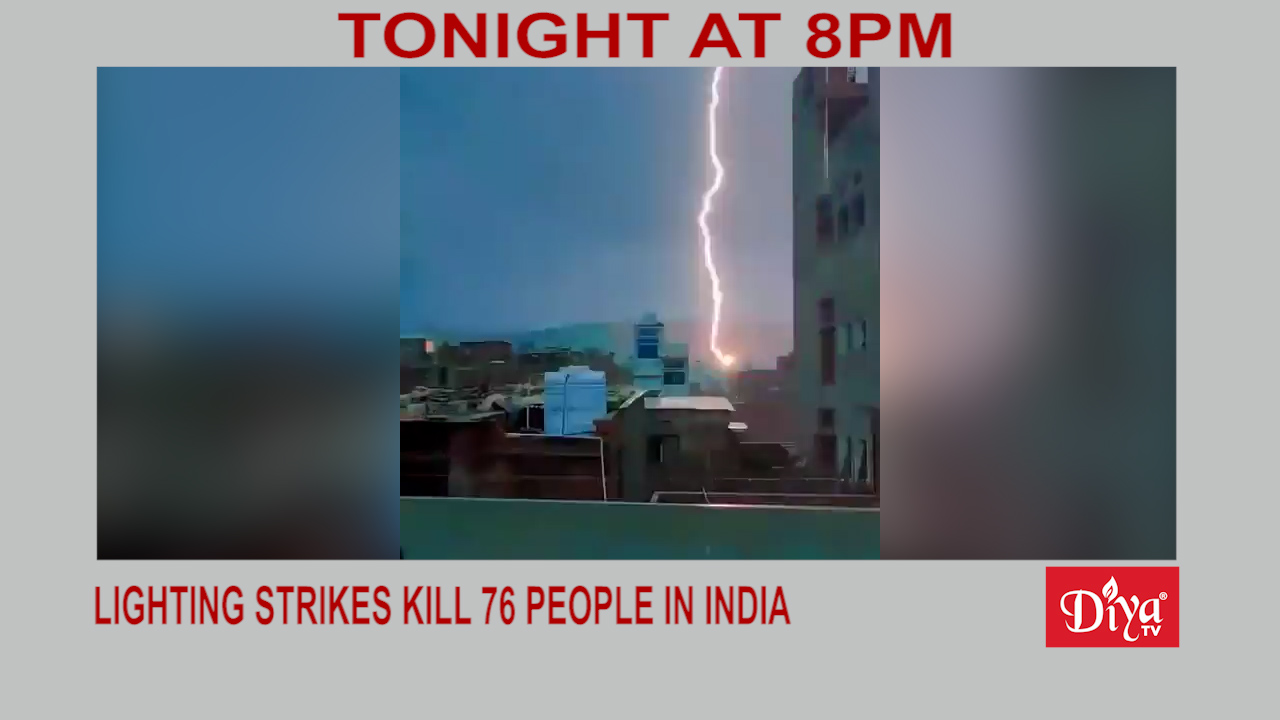 NEW DELHI (Diya TV) — More than 70 people were killed after lightning strikes and thunderstorms in the north Indian states of Rajasthan and Uttar Pradesh. Officials say women and children died in the city of Jaipur in Rajasthan after a tower partially collapsed on them. Several people also had to be rescued.

Friends, acquaintances, and total strangers are donating money for the funeral expenses for Borkot Ullah, a young Bangladeshi man killed in a hit-and-run incident by a driver in New York City. According to a Gofundme site, Ullah was seeking asylum after fleeing Bangladesh due to political repression.

And two Indian American pitchers were selected in the 2021 Major League Baseball’s draft, The New York Mets grabbed Vanderbilt’s Kumar Rocker with the 10 overall picks. And with the 146th pick, the San Francisco Giants selected Rohan Handa. Both men are expected to be global ambassadors for the game.