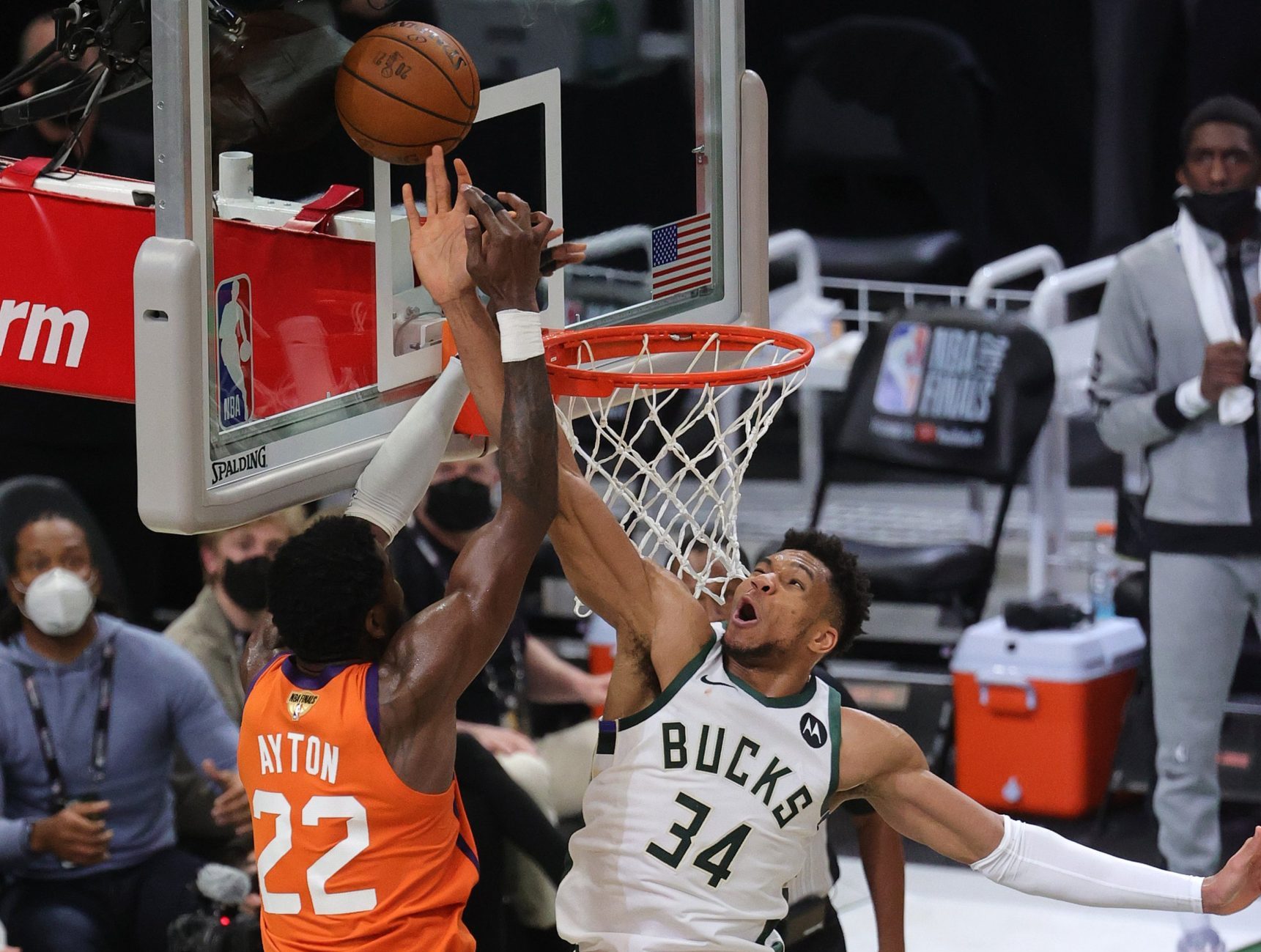 MILWAUKEE, Wisconsin (Diya TV) — Going on a 10-4 streak during the last 2 minutes of the fourth quarter, the Bucks emerged victorious in Game 4 against the Phoenix Suns. Throughout the game, the Suns’ had a minuscule lead, which gave the Bucks the ability to pounce at any moment. Milwaukee took advantage of this at crucial times, tying the game up at halftime and eventually winning the game by 6 points.

The Bucks greatly benefited from timely plays and a clean game. Giannis Antetokounmpo, the Bucks’ star forward, had a magnificent block with 1:15 left in the game; with that block, he ensured that Phoenix couldn’t tie up the game and potentially pull ahead. Mike Budenholzer, Milwaukee’s coach, commented, “Giannis just made a spectacular block, spectacular play. His ability to cover ground and get to that point, get to the top. That’s an NBA Finals special moment right there, and we’re going to need more of them.” Along with that beautiful block, Giannis put up 24 points, 12 rebounds, and 8 assists, shy only 2 assists from a triple-double.

The Bucks’ main scorer tonight was none other than Khris Middleton, who put up a substantial 40 points. Most notably, Middleton played a monumental role in the Bucks’ comeback, scoring 8 points in the 10-4 run to end the fourth quarter. Nothing can better express his amazing performance than his teammates’ reactions, pictured below.

On the Suns side, Devin Booker was no doubt the highlight. Scoring 42 points, he thrust himself back into Finals MVP contention. Moreover, he tied for second place for most points in 3 quarters of a finals game with 38: first place being Stephen Curry and second place Allen Iverson. His lackluster 4 points in the 4th quarter, however, stemmed from foul trouble. Both Jae Crowder and Booker had 5 fouls this game; as a result, the Suns’ performance in the fourth quarter was stunted. Monty Williams commented, “It’s hard, because he’s — he could have gone for 50-plus tonight. I wanted to get him in maybe a minute earlier than I did, you’re just holding on trying to get as many stops and solid possessions as you can, but it’s not an ideal situation.”

Others on the Suns had dismal nights: Chris Paul had 10 points, DeAndre Ayton had 6, and Jae Crowder had 15. Other than Booker, no one on the Suns broke 15 points. While these are certainly less than usual, what tells the true story are the team statistics. Phoenix had 17 turnovers, in comparison the Bucks’ 5. In fact, Chris Paul had 5 turnovers, matching the Bucks’ total. Moreover, the Bucks had an astounding 17 offensive rebounds while Phoenix had 5, beating the Suns in second-chance points. And finally, the Bucks had 15 fast-break points compared to none from the Suns, which gave them an edge in both momentum and points. These factors culminated in a Suns loss and tied series.

Phoenix won both games at home, as did Milwaukee. The teams seem better-performing on their homecourt, and if this trend continues, we could have a nail-biter Game 7 in Phoenix. The Suns were in their groove in the first two games, but lost it and haven’t been themselves since — the turnovers, lack of offensive rebounds, and slumps uncharacteristic for a team of this caliber. The Bucks got off to a slow start, but gained momentum as the series moved to Games 3 and 4, with timely plays as their signature throughout the games.

With two days to rest, both teams will have plenty of time to watch the tape and make vital improvements before Game 5. The Suns will try to regain their mojo at home in hopes of a lead going into Game 6 and possibly 7. The Bucks, on the other hand, will hope to continue their momentum to win on the road. The stakes are so high in part because the loser of Game 5 needs to win two consecutive games if they want a chance at the title; both teams want the cushion of a lead to aid them later. All the action will be on Saturday at 6 PT/9 ET.