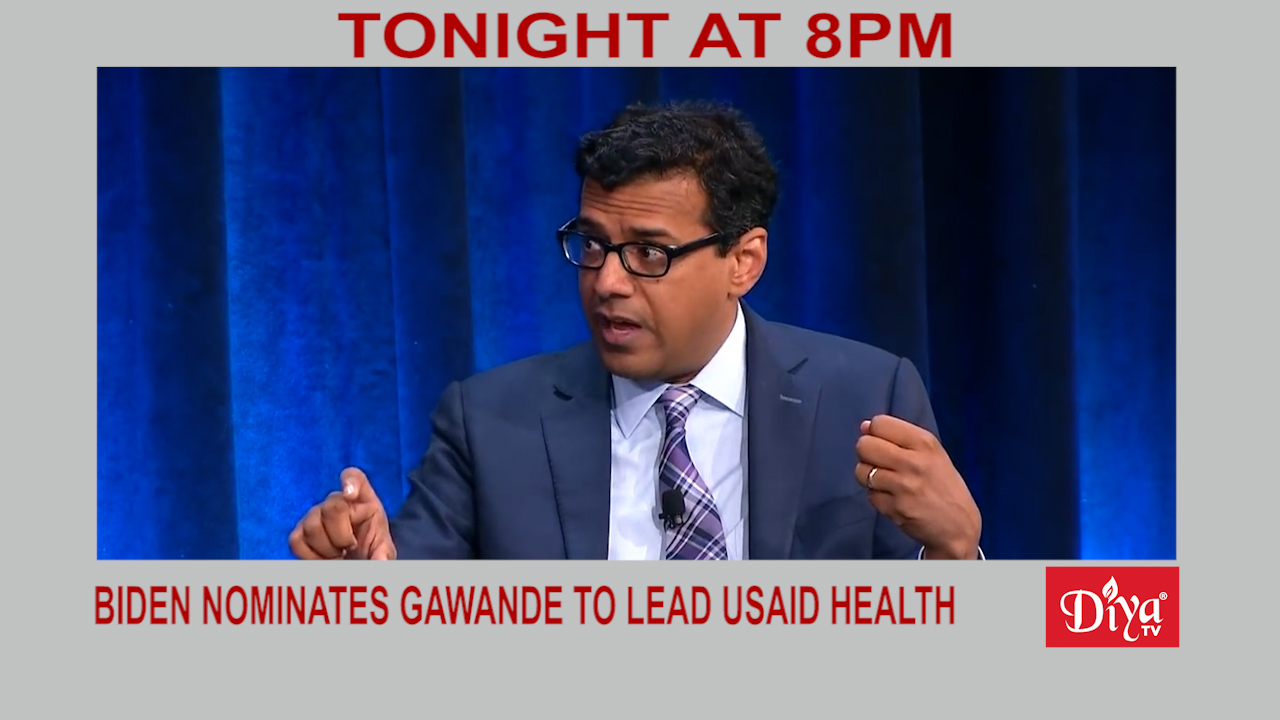 WASHINGTON DC (Diya TV) — U.S. President Joe Biden has nominated Indian American Atul Gawande to lead global health initiatives at the U.S. Agency for International Development which includes the fight against COVID-19. Gawande is an outspoken critic of his industry’s practices and was hired in 2018 by Berkshire Hathaway Inc, Amazon.com Inc, and JPMorgan Chase & Co to lead Haven, a joint healthcare company aimed at cutting costs for U.S. employees. But the Boston-based venture was short-lived and shut down several months ago.

Italian officials say Balbir Singh is now a free man after working under slave-like conditions on a cattle farm in a rural part of Rome, where there are thousands of Indian migrant workers like him.  Investigators say he was working 12-13 hours a day and paid only 50 cents an hour. Singh was rescued in a police raid after reaching out for help on social media.

And an early-stage venture fund co-founded by Indian American Anu Duggal now has more than 95 million dollars under management. The Female Founders Fund is the largest venture play that only invests in only female founded companies.

Murthy: be aware of vaccine misinformation