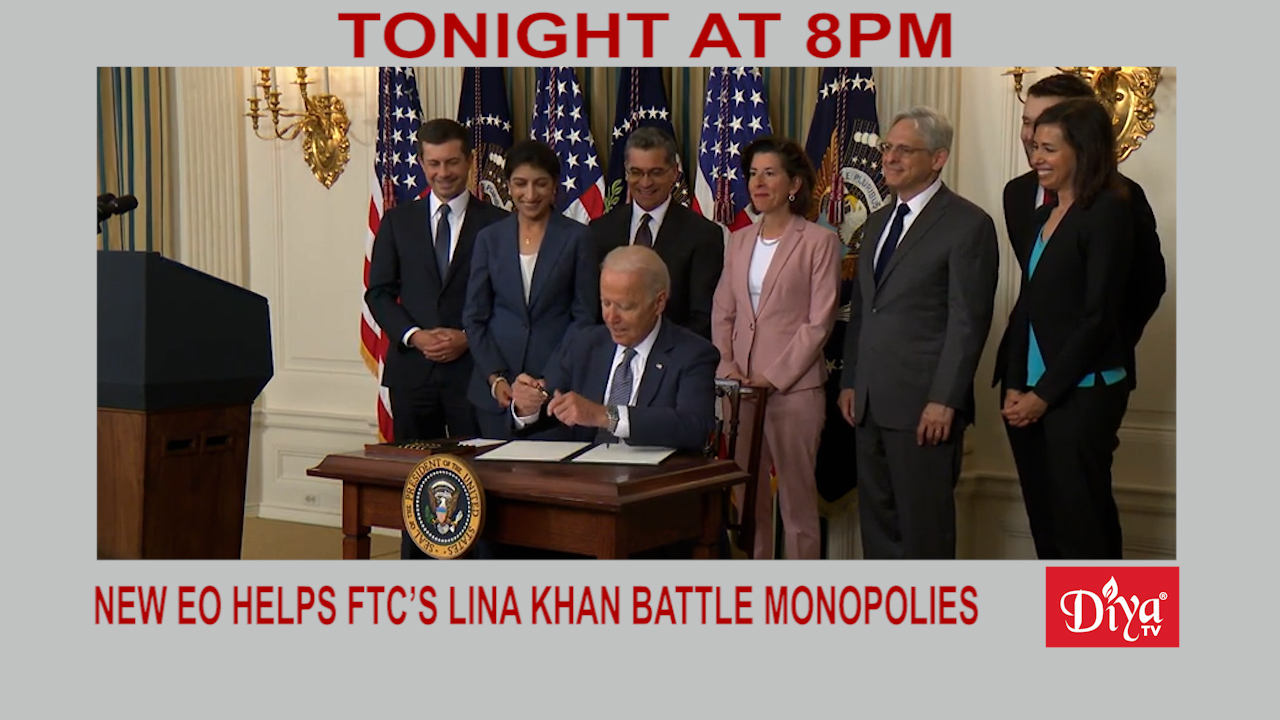 WASHINGTON DC (Diya TV) — President Joe Biden signed a sweeping executive order to promote more competition in the U.S. economy, urging agencies to crack down on anti-competitive practices in sectors from agriculture to drugs and labor. The executive order will direct Lina Khan’s Federal Trade Commission to carefully review mergers and to challenge prior deals that have closed. The Indian American is expected to heavily scrutinize Big Tech and its practices.

And Apoorva Mehta is stepping down as CEO of grocery delivery app Instacart. The Indian American entrepreneur will become executive chairman of the company. The move comes as investors are eyeing an initial public offering for the company, possibly before the end of the year.

And it’s being called the catch of the year so far in the world of women’s cricket. Check out India’s Harleen Deol make this phenomenal catch against England. It’s even getting praise from Prime Minister Narendra Modi.