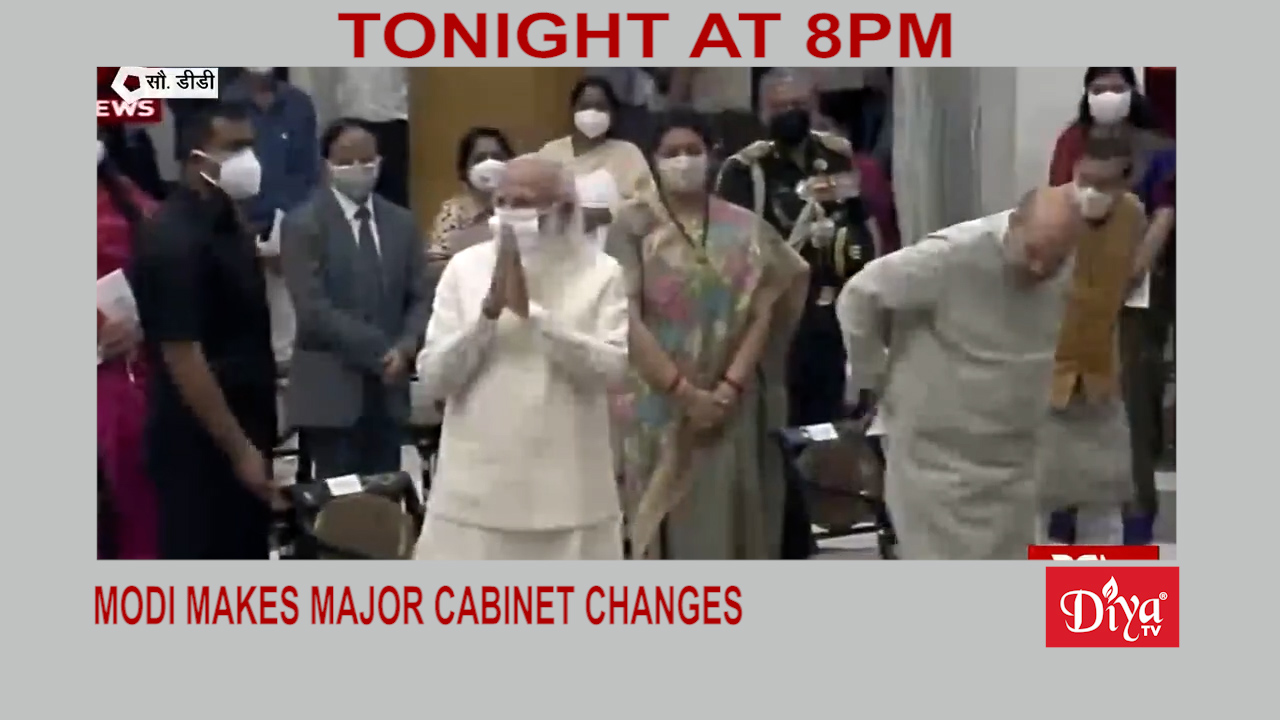 NEW DELHI (Diya TV) — Indian Prime Minister Narendra Modi inducted 36 new ministers into his government in the biggest cabinet reshuffle since he came to power in 2014. Several cabinet members resigned ahead of the reshuffle to make way for their colleagues. The new cabinet will now have 77 ministers.

Officials with Wembley Stadium in London, England are being criticized for refusing to allow a Sikh man from entering the stands to watch a soccer match due to the size of his kirpan, which is a sword or knife carried for religious purposes.  A Wembley spokesperson says Arjan Singh’s kirpan exceeded the size limit.  However, Singh says that’s not true and eventually left. No word if he got a refund for his ticket.

President Joe Biden says all US troops will be out of Afghanistan by August 31. Biden also pledge that he would not send “another generation of Americans” to war in that country.  Biden warned that remaining in Afghanistan would mean additional US casualties to continue a war started two decades ago.