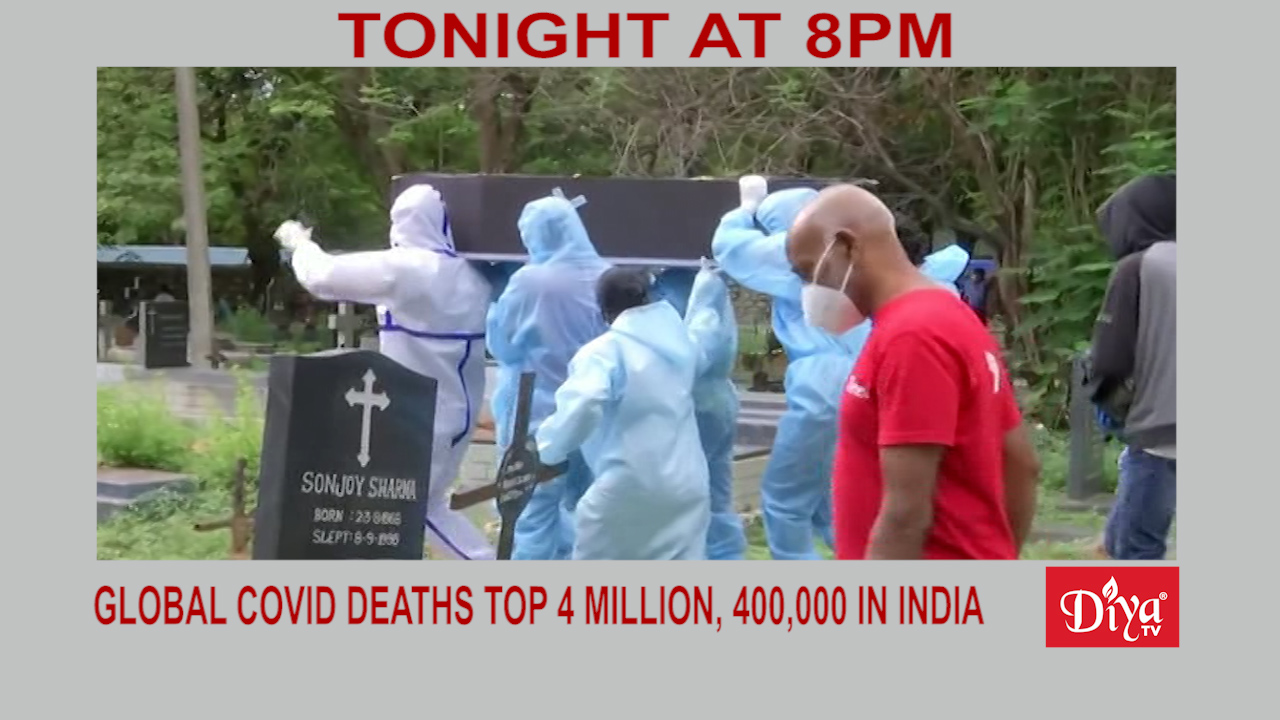 NEW DELHI (Diya TV) — India crossed the grim milestone of more than 400,000 people lost to the coronavirus, and health officials say that number could be higher because of a lack of testing and reporting. More than half of India’s reported coronavirus deaths have occurred over the past two months as the delta variant of the virus tore through the country and overwhelmed the already strained health system.

Louisiana teenager Zaila Avant-garde is the new Scripps National Spelling Bee Champ. She’s the first African American to win the coveted title. 9 out of 11 finalists this year were Indian American, but this is the first time in 12 years someone from the diaspora did not win.

Starz has promoted Indian American Superna Kalle to president of international networks. Prior to joining Starz, the former Sony Pictures Television executive worked as an advisor to companies including Lionsgate and CBS/Showtime.