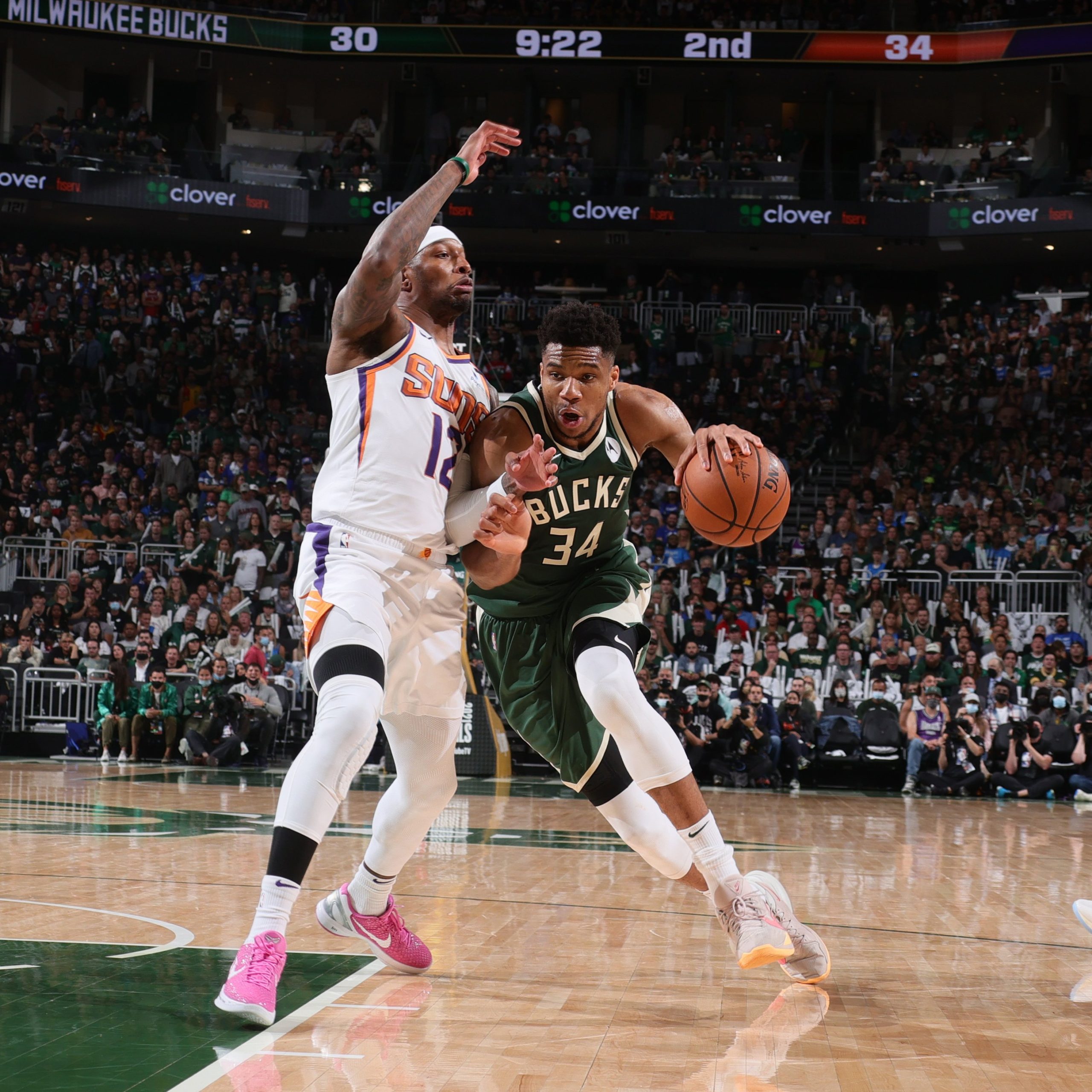 MILWAUKEE, Wisconsin (Diya TV) — After losing the first two games of the Finals to the Phoenix Suns, the Milwaukee Bucks bounced back at home with stellar offense and stifling defense. They flipped the script, pulling away in the second quarter like the Suns did in Games 1 and 2. A 30-9 run by Milwaukee capped off that quarter, which was too much for Phoenix to overcome. The Bucks cruised to their first win in the series and annihilated any speculation of a Suns sweep.

Giannis Antetokounmpo, the Bucks’ star forward, propelled his team to this victory. With his 41 points and 13 rebounds, he became the second player to have 2 back-to-back 40+ point, 10+ rebound nights in the Finals — joining an elite club consisting of Shaquille O’Neal and him. He also hit 13 out of his 17 free throws, his highest percentage this series. Milwaukee’s coach, Mike Budenholzer, praised Giannis, remarking, “He made some great reads, found guys, played against the zone. He just did a little bit of everything. Offensive boards, putbacks. We need a lot from him and that’s what he does.”

Notably, Jrue Holiday came in big for the Bucks when needed. In the third quarter, he drained 4 3-pointers, contributing much-needed points and widening the lead. His 21 total points and 9 assists made him pivotal to the Bucks’ passing game and offense, as did his plus/minus of 22. Giannis had high praise for Jrue, commenting, “He’s a great player. We need him to keep playing like this. We trust him. He’s our leader.” This teamwork and exceptional game gave the Bucks the boost needed to beat the Suns.

On the flip side, the Suns departed from their outstanding game, instead playing abysmally during their first road game of the Finals. Devin Booker, a rising star who many considered in contention for Finals MVP, scored a mere 10 points. When asked about his performance, Booker commented, “….there’s nights like that. The most important part to me is winning the game and we didn’t do that, so I’m more frustrated about that. But we have a few days off here. We’re going to get back right and going to go over film and be ready Wednesday.”

In fact, no one on Phoenix scored more than 20 points, their highest scorer being Chris Paul with 19 points. Mikal Bridges, who looked promising in Game 2 with his marvelous 27 points, scored 4 this game. Moreover, he had 4 turnovers, making his points-to-turnovers ratio 1. Interestingly, DeAndre Ayton scored an enormous 16 points in the first half. However, the Suns were plagued with foul trouble (both him and Cameron Johnson had 5 fouls), and he had to sit out much of the second half. Chris Paul remarked about Ayton, “He’s a big part of our team, especially he’s the anchor of our defense….So, yeah, we got to protect him better and make sure that we’re showing that wall.”

Factors to Consider & Looking Ahead

There’s no doubt about it, a drastic change occurred from Game 2 to Game 3. Middleton discussed the Bucks’ defense as the X-factor, stating, “It started with our defense. We were able to get stops. That allowed us to get on the break play a lot faster and a lot freer and a lot of it was Jrue and Giannis.’ The Suns evidently felt the effects of the Bucks’ stifling defense, allowing the Bucks to take the win.

Throughout this series, the second and third quarter have been especially crucial. Phoenix pulled away in both Games 1 and 2, while Milwaukee did in Game 3. These defining quarters have dictated the winners of both games, so there’s going to be an emphasis on stopping the other team’s rhythm. One must also take into consideration home-court advantage. In these playoffs, the Bucks are 8-1 at home but 5-6 on the road. This comfort the Bucks have on their home court may be a decisive factor in Game 4 and a possible Game 6.

Overall, the Bucks’ performance tonight acted as a reminder that they’ve overcome a 0-2 deficit before, and they have the firepower to do it again. They will look to continue their momentum into Game 4, tying up the series before heading to Phoenix. The Suns, on the other hand, will look to beat the Bucks in Milwaukee and bring a 3-1 lead back home, where they’ll need only 1 victory to be crowned NBA champions. Game 4 will be on Wednesday at 6 PT/9 ET!