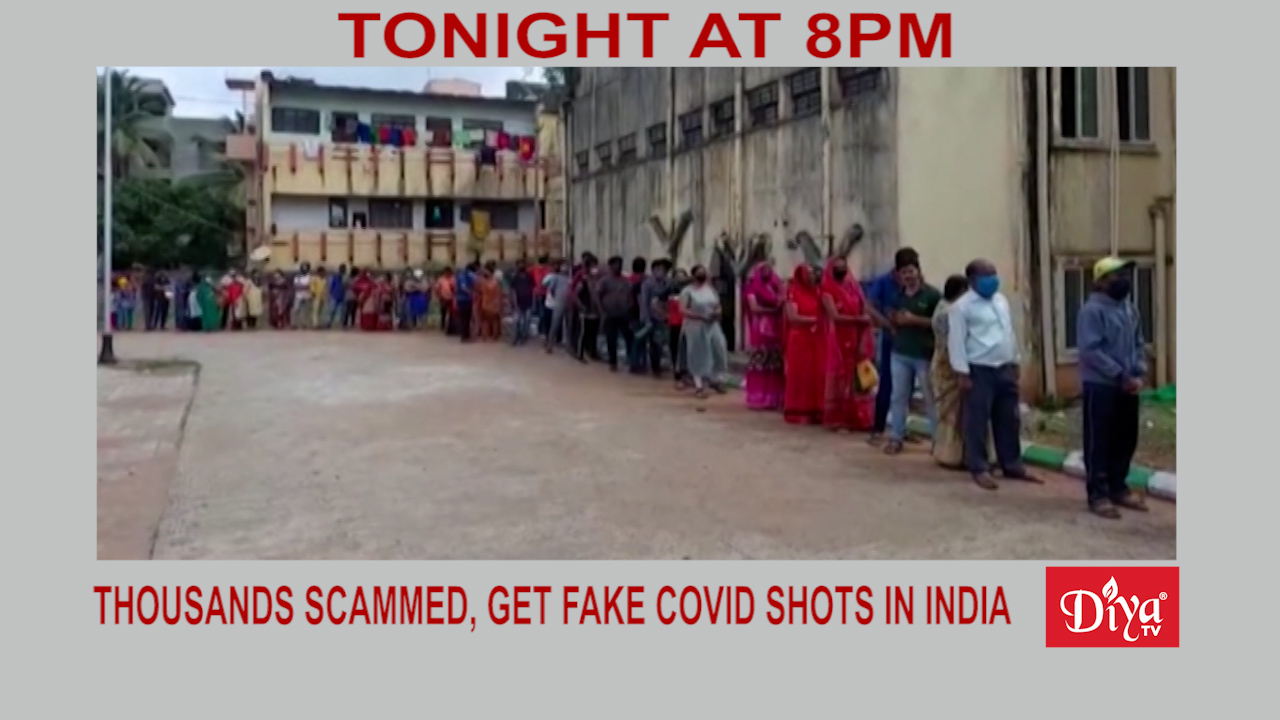 NEW DELHI (Diya TV) — Authorities say scammers gave thousands of people fake Covid 19 shots in India when in reality, it was just salt water injections.  It was all part of an elaborate scam, with doctors and medical workers among those arrested for their involvement.  So far 14 people have been arrested.

California’s Attorney general says hate crimes against Asians in the state more than doubled in 2020, as part of an overall 31% spike in hate-based crimes. The report says former president Donald Trump blaming Asian communities for the spread of Covid-19 in the United States was one of the main drivers for this surge.

And after 15 years of marriage, Bollywood superstar Aamir Khan and his wife, the director, and producer Kiran Rao are divorcing. The couple will continue to collaborate on films, their nonprofit, and plan to raise their son together.  Khan is one of the highest-grossing actors in India.