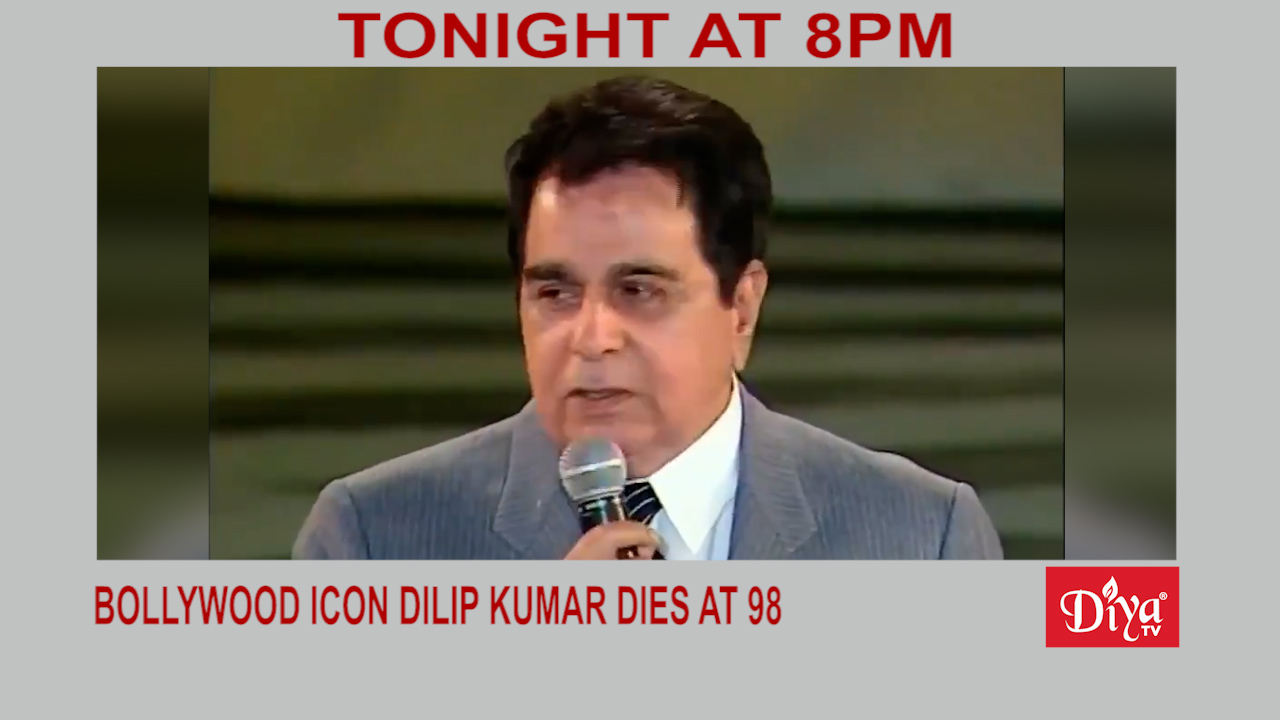 MUMBAI (Diya TV) — Legendary Indian actor Dilip Kumar has passed away after a prolonged illness. He was 98 years old. Regarded as one of the finest actors in Indian cinema, he went on to work in over 65 films in a career spanning over five decades.  Indian Prime minister Narendra Modi called Dilip’s death a loss to our cultural world.

Donald Trump is suing Facebook and Twitter for keeping him off social media, though legal analysts said the former president’s class-action lawsuit has virtually no chance of success. Both are private companies with the right to moderate their platforms, legal analysts said, and Trump’s lawsuit looks to be more of a political maneuver and fundraising opportunity.

And the Phoenix Suns take game one of the NBA Finals 118-105 over the Milwaukee Bucks. Game two will be played in Phoenix on Thursday night. Diya TV’s Ravi Kapur and Adam Lauridsen will continue their post game coverage throughout the series.