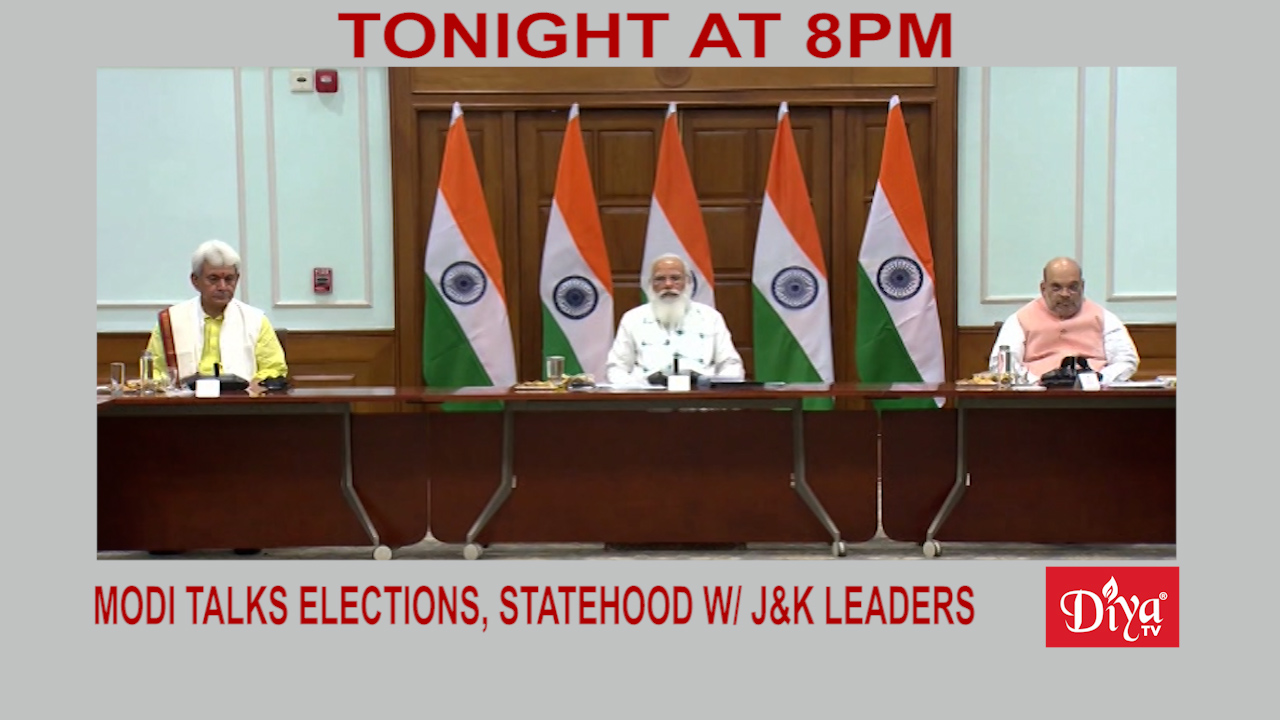 NEW DELHI (Diya TV) — Indian Prime Minister Modi and leaders from Jammu and Kashmir political parties looking to work with the Indian government met for the first time to talk about progress in the newly formed Union Territory. Modi told the group Jammu and Kashmir would become a State as promised, but only once the region was ready for assembly elections.

New Federal Trade Commission Chief Lina Khan is beefing up her agency, appointing three top staffers who used to work with FTC Commissioner Rohit Chopra to enforce a variety of antitrust and consumer protection laws. She’s expected to scrutinize big tech Giants like Facebook and Amazon and take a tougher stance on their business practices.

Days after a Miami condo collapse, the death toll rose to 11 as search and rescue teams continued to sort through pulverized steel and dig through concrete boulders. More than 150 people are still missing, including an Indian American family. Vishal Patel, his pregnant wife Bhavna, and their 1-year-old daughter Aishani are still unaccounted for according to their relatives. The cause of this collapse is still under investigation.

Kiran Ahuja to lead the office of personnel management