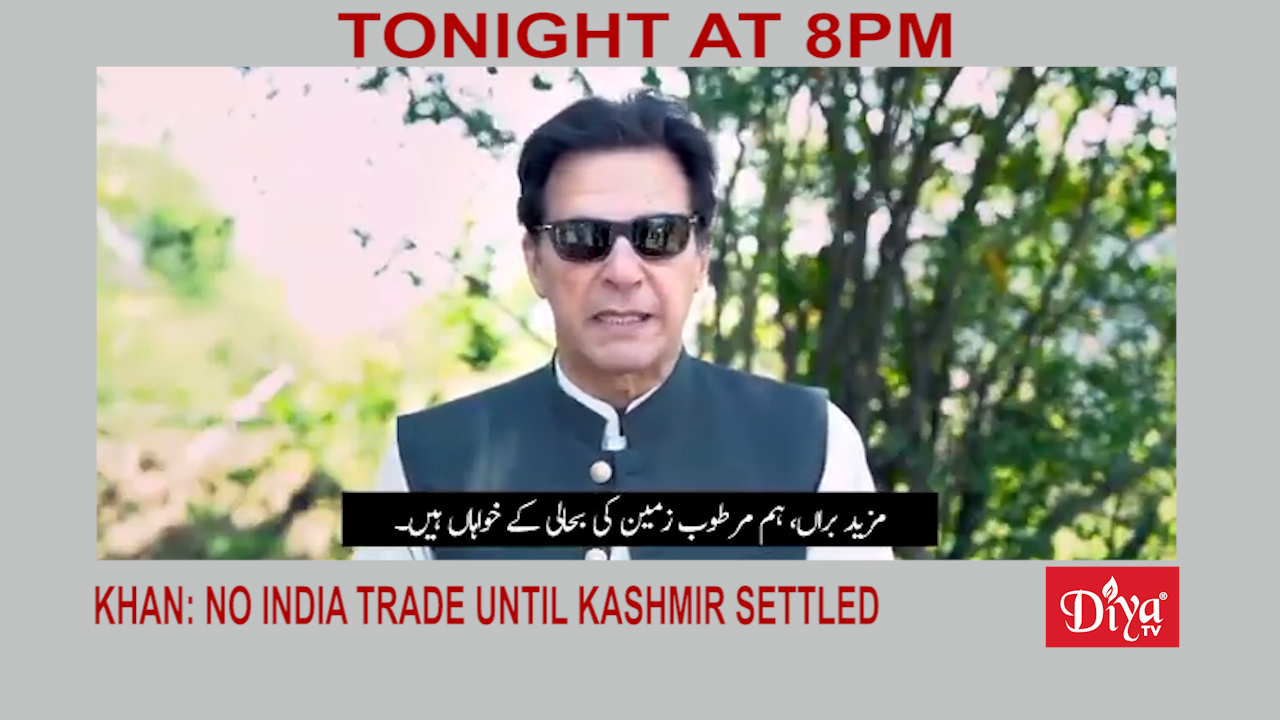 SANTA CLARA, Calif. (Diya TV) — Pakistan’s prime minister Imran Khan says improving trade relations right now with India would be a betrayal to Kashmiris in the disputed territory. Interacting with the public in a live Q&A session, the premier said there was “no doubt” that the benefits would be immense if relations with India improved. But he also added that re-establishing ties at the moment would be tantamount to “ignoring all their struggle” and the more than 100,000 Kashmiris he says have been killed.

A 13-year-old boy has been arrested and charged with a hate crime after police say he punched a Sikh teenager at a Long Island New York mall. Chaz Bedi says one of the teens yelled, “Hey, Muhammad, come over here and punched him in the face.” Bedi is a Sikh, and regularly wears a turban.

And Indian American teenager Megha Ganne is taking the golf world by storm. After the first day of the Women’s US open, the high school junior led the field. She played her way into the final round but eventually lost to winner Yuka Saso. She still received an ovation from the crowd on the 18th green.