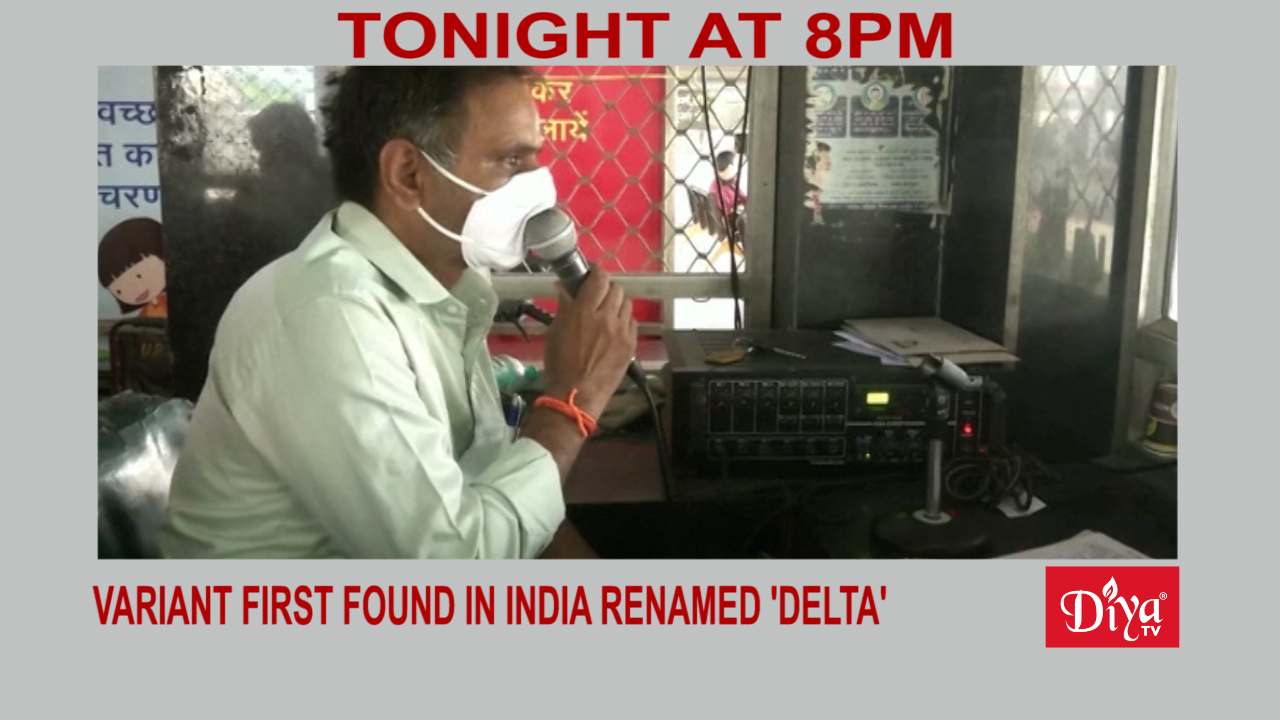 NEW DELHI (Diya TV) — The coronavirus variant discovered in India has a new name. The world health organization is calling it Delta. The group says that it had devised a less technical, and more easily pronounceable, system for naming variants because scientists worry those informal nicknames can be both inaccurate and stigmatizing for countries.

A Washington Post journalist is getting slammed online for sending out a racist tweet against Indians over the weekend.

Dave Weigel said, “Got two scam calls today and I swear to God, my first thought was “this is good, covid-19 cases in India must be low enough for people to go back to the office.” Weigel implied that Indians are the ones who make ‘scam calls’ to the people residing in the US. After heavy criticism online, Weigel has now taken down the tweet.

Authorities arrested a 50-year-old Indian man seen here in a viral video ripping a snake to pieces, then eating it, claiming it cured Covid-19. There is no evidence to suggest that eating snakes cures the virus. In fact, it has the potential to be life-threatening.

Related Topics:David WeigelfeaturedIndia variant
Up Next