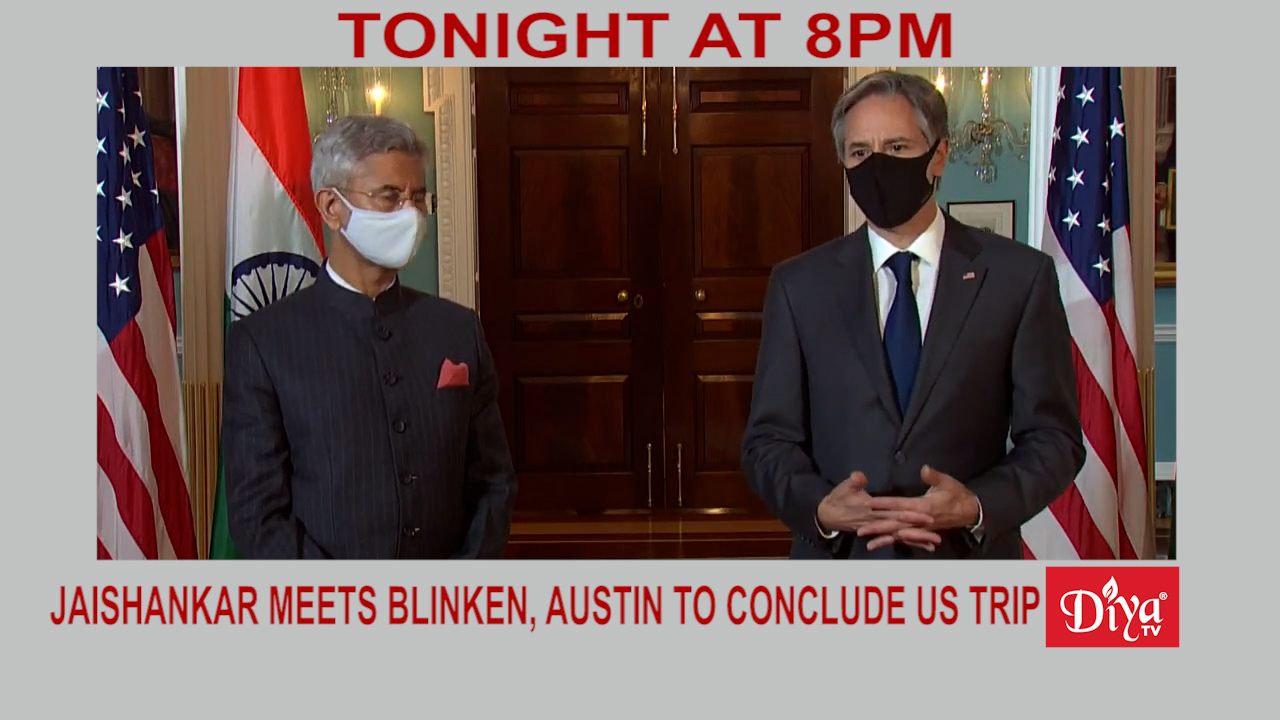 WASHINGTON DC (Diya TV) — Indian External Affairs Minister S Jaishankar met US Secretary of State Antony Blinken on Friday to continue their Covid-19 vaccine diplomacy.  While India is struggling with a shortage of vaccines, the US has surplus. Jaishankar says he’s trying to secure as many doses as possible for his people back home.

And two year old Kashe Quest is the youngest member of the Mensa club of geniuses. The Indian American toddler has an IQ of 146 — the average American’s IQ is a mere 100. She’s also learning Spanish, the periodic table, and can already read.