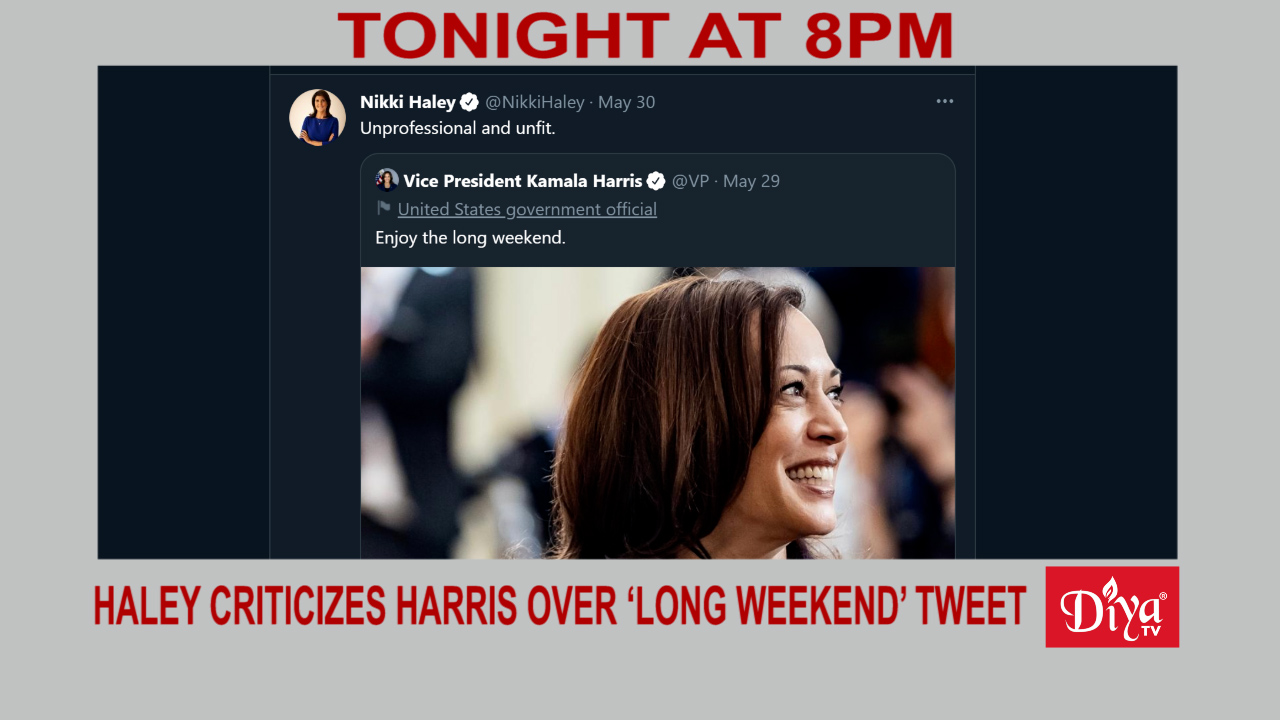 It wasn’t clear exactly what Haley didn’t like about it. But some Twitter users expressed disapproval that Harris had tweeted about the long weekend instead of what Memorial Day is about. Both women are Indian American but do not share the same politics.

Community members are continuing to come together to support the families and loved ones of the victims who were killed in a mass shooting last week in San Jose California. Indian American Tapetejdeep Singh was one of the 8 people killed.

The Sikh Temple held a gathering to remember and pray for the victims. Elected officials, loved ones and dozens of community members attended.

The first online Punjabi language course at the University of California is now available for all students. It was only available at certain locations. Punjabi is spoken by about 130 million people worldwide and is the third most common language in California’s Central Valley, home to one of the largest Punjabi communities outside of India.