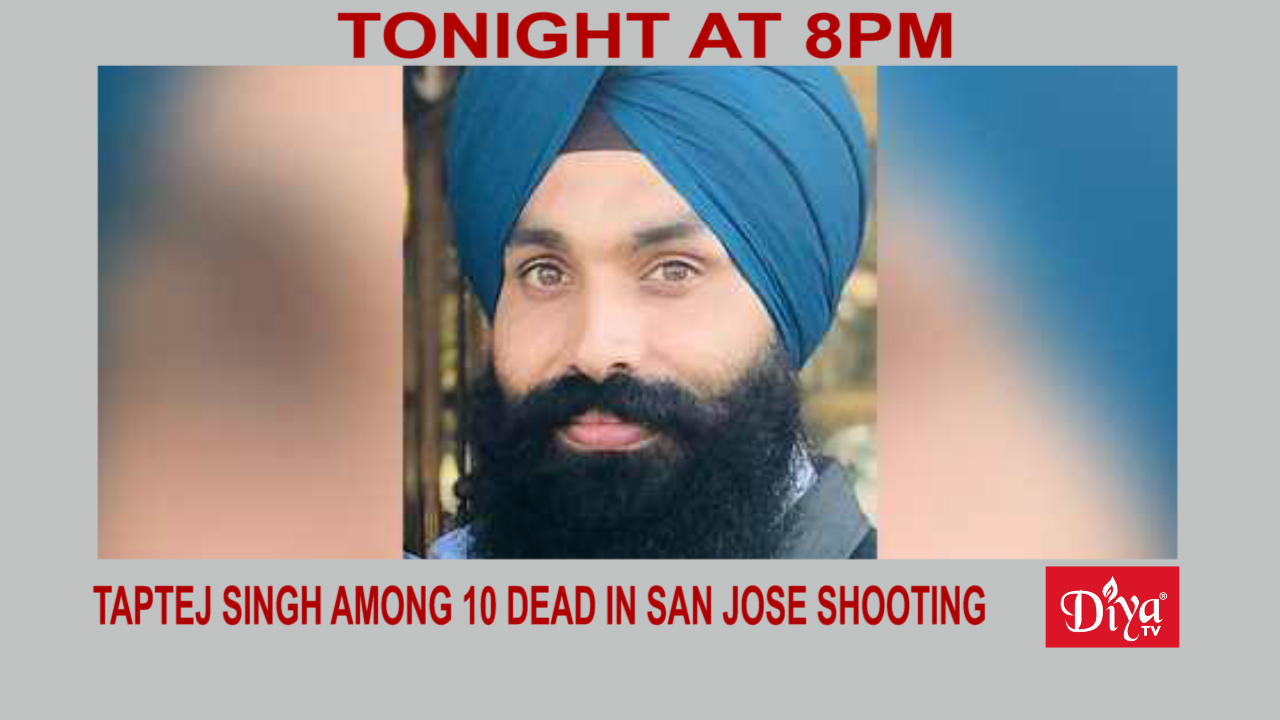 SAN JOSE (Diya TV) — The Indian American community is morning the loss of Taptej Singh. He was one of eight people murdered during a mass shooting at a rail yard in San Jose California. Coworkers say Singh left the safety of an office to help others escape the rampage. The 36 year old Sikh man leaves behind a wife and two young children.

And Oxford University in England just elected an Indian woman to lead it’s student union. Anvee Bhutani says historically the university has been a place for white elites to attend school. That’s why she’s calling this win a great honor. She plans on focusing on better access to academics, community affairs, and mental health needs for students. Bhutani’s election comes on the heels of the resignation of Rashmi Samant, who was also elected President recently, but stepped down amid social media controversy.

And an Indian American convenience store owner in Massachusetts is being praised for his honesty, after returning a 1 million dollar lottery ticket to a customer. Abhi Shah found an unscratched scratch ticket in the garbage and says he tracked down the customer and knew giving it back to her was the right thing to do.