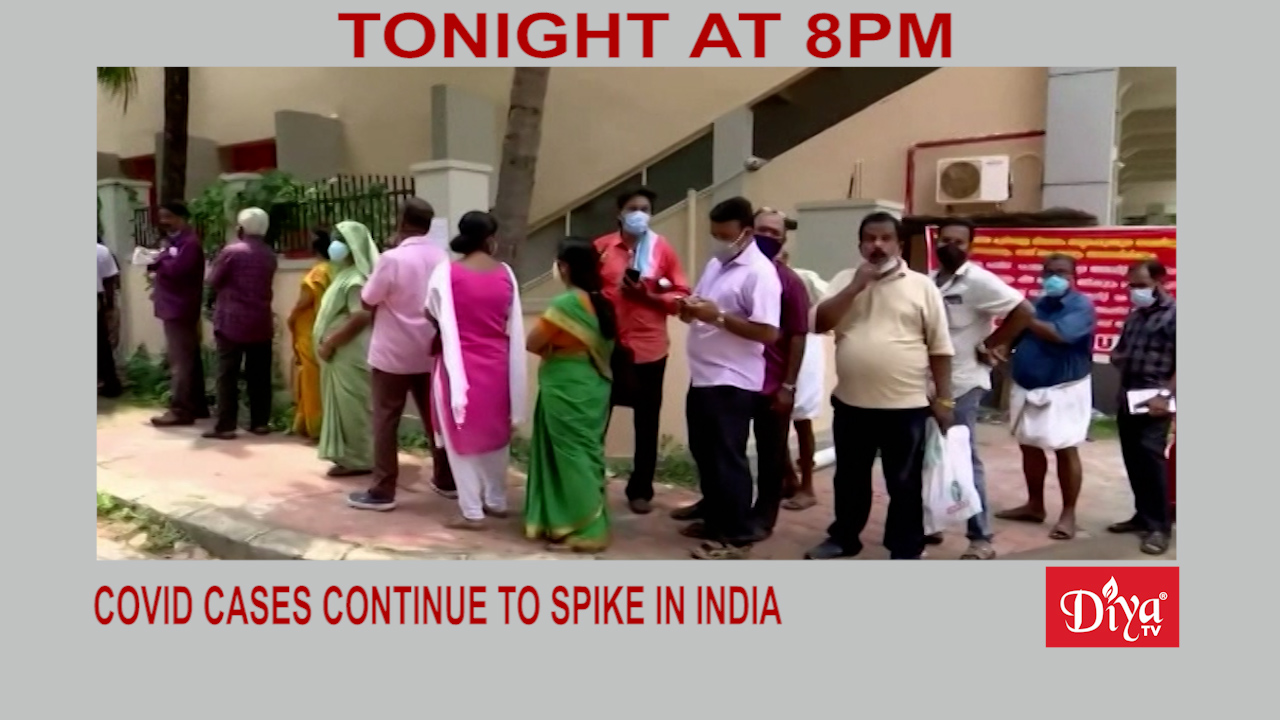 NEW DELHI (Diya TV) — As the  Coronavirus devastates India, many patients are on their own, fighting for their lives in an overwhelmed system in which ambulances, hospital beds, oxygen, medicine and even cremation grounds are in short supply. The country reported more than 300,000 new cases for the sixth day in a row Tuesday, breaking the global record yet again. The US and several other countries have pledged to send support.

The Rutgers University student government is the first one in America to recognize “Hinduphobia,” defined in part as an attitude or behavior that’s destructive towards Hinduism and causes hatred against its followers.  This historic resolution comes after a white Rutgers professor made disparaging remarks about Hindu gods and sacred texts.  The Hindu Students Council held a massive conference in response and the university eventually issued an apology for any hurt or discrimination Hindu students may have experienced on campus.

And after a horrific acid attack outside her house, a Muslim college student in New York is recovering. But Nafiah Ikram may never see again. She suffered severe burns to her eyes, chest, face, and arms. Authorities are now searching for a suspect last seen on camera taking off from the scene. The motive remains unclear.