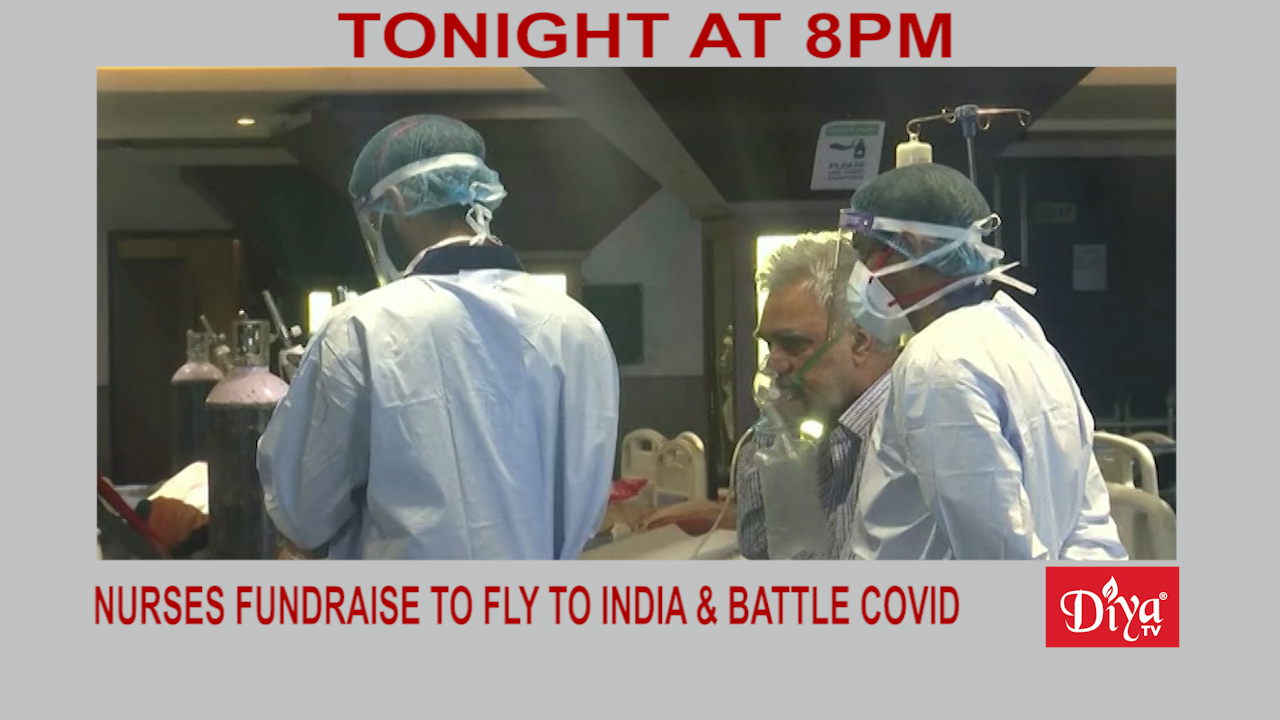 NEW DELHI (Diya TV) — Dozens of nurses and first responders from the U.S. are trying to help India in its fight against Covid-19. After some recent media attention including coverage on Diya TV, the Indian government is fast tracking special visas for American Nurses on a Mission, to bring vaccines, PPE’s and relieve exhausted front line workers overwhelmed with patients. But they still need to raise money for airline tickets and are hoping to be in India next month.

You can contribute to the effort to send the nurses to India through their GoFundMe page:

President Joe Biden says the U-S will share millions of Covid-19 vaccine doses with the rest of the world.  It will consist of  Pfizer,  Johnson & Johnson and Moderna vaccines as well as AstraZeneca, which has to be approved by federal regulators before being shipped overseas.

From the back seat of a Tesla to the back seat of a police car, Param Sharma was charged with two counts of reckless driving and disobeying an officer near San Francisco. Sharma was allegedly was sitting alone in his back seat and recording himself while the Tesla was in Autopilot, which is the self driving mode. The video was later posted on social media.