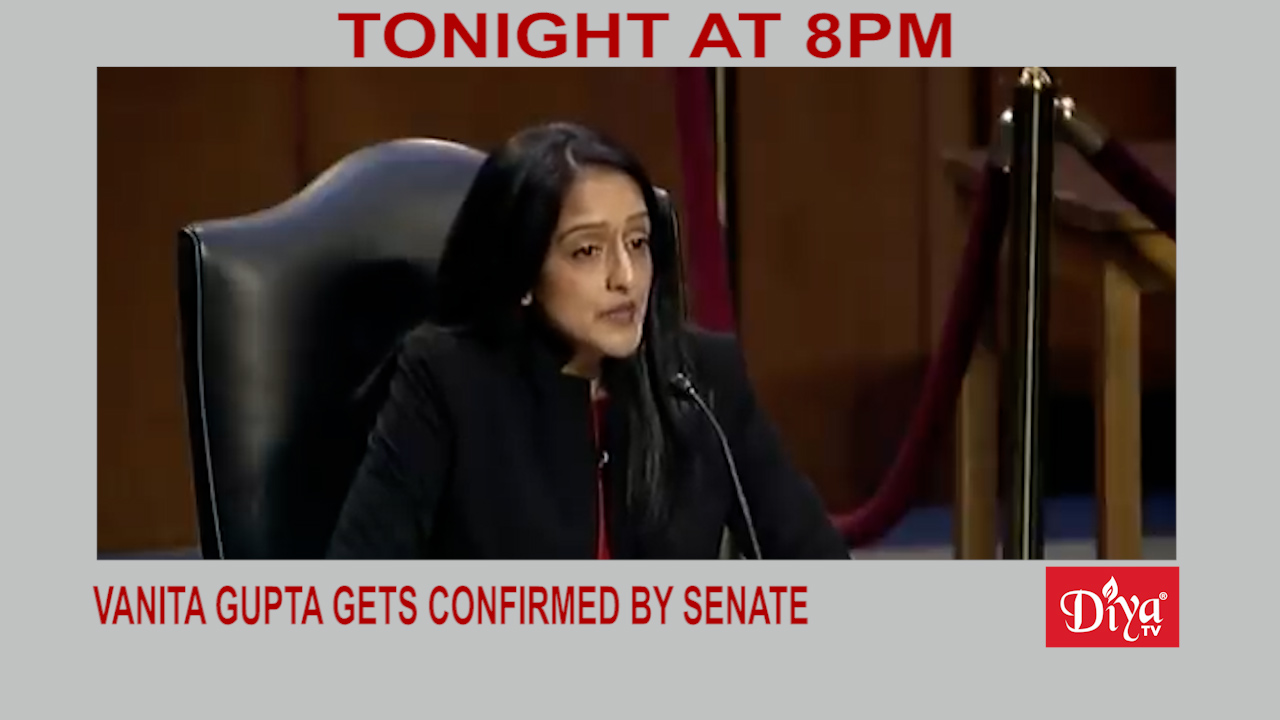 WASHINGTON DC (Diya TV) — After months of waiting, Vanita Gupta is now joining President Joe Biden’s Department of Justice as the first Indian American associate attorney general and the first woman of color in this position. Gupta was confirmed in a narrow vote after Senator Lisa Murkowski of Alaska broke with her Republican colleagues to support her.

And a U.S. export ban on raw materials needed for ramping up production of the Covid-19 vaccine will remain in place for now. But the Serum Institute of India is demanding to know why since it desperately needs these materials right now. The White House did not answer a reporter’s questions about if or when the embargo would be lifted, only saying they are working on getting an answer.

India is struggling to contain the latest Covid-19 outbreak in that country, this time hammering the capital New Delhi which will now be under a strict lockdown for the remainder of the week. Officials say the healthcare system was at a breaking point because of the worsening outbreak. The city is also facing acute shortages of hospital beds, medical oxygen supplies, and anti viral medication.