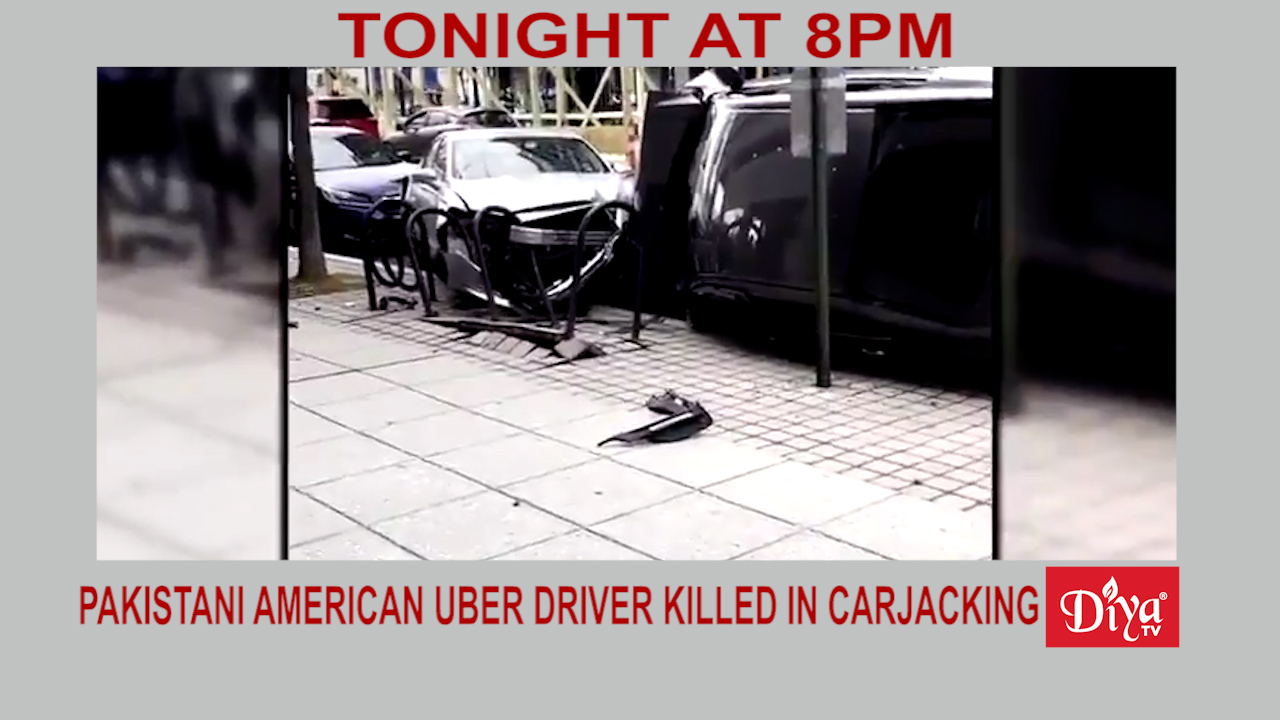 WASHINGTON (Diya TV) — Two teenagers are now facing murder charges after carjacking an Uber eats driver in Washington DC. Police say two girls ages 13 and 15 were arrested after allegedly stunning Mohamad Anwar with a taser and stealing his car. As you can see in this video, Anwar is seen hanging out the front door before the crash.  The 66 year old immigrated from Pakistani just a few years ago.

Prime Minister Narendra Modi wrapped up his trip to Bangladesh over the weekend, leaving the country more than a million Covid-19 vaccine shots. But the violence and destruction continues as hard line Islamic fundamentalists target Hindu temples and attack a train.  At least 10 protesters were killed during clashes with police. The Islamist groups accuse Modi of discrimination against minority Muslims in Hindu majority India.

He paid 69-million dollars for a piece of digital art. Now the mystery buyer has come forward. His name is Vignesh Sundaresan, an Indian block chain entrepreneur based out of Singapore. In a blog post, he says he bought the digital artwork titled: “Everydays: The First 5000 days to show Indians and people of color that they too could be patrons, that crypto was an equalizing power between the West and the Rest, and that the global south was rising.

Donations now over $1M, for the family of Pakistani American Uber driver