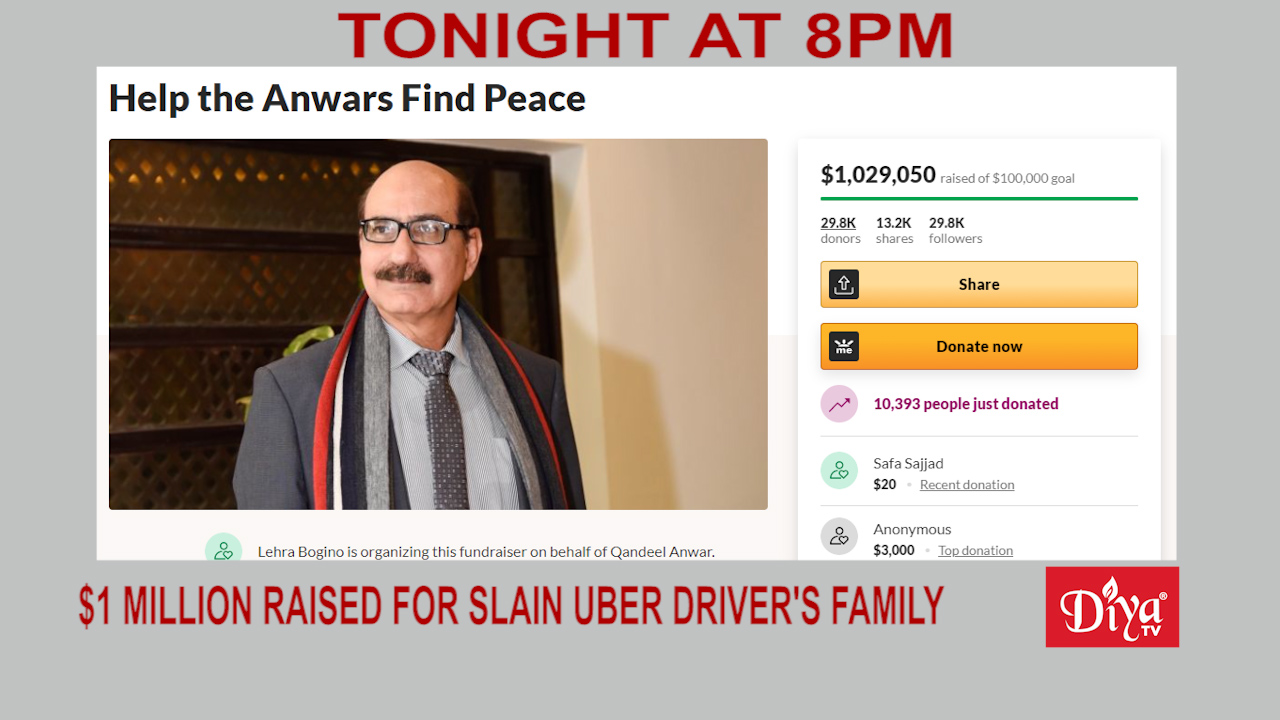 WASHINGTON (Diya TV) — A million dollars and counting. That’s how much random strangers from all over the world have donated to a GoFundMe page set up for the family of Uber Eats driver Mohamad Anwar, killed during a horrific car jacking in Washington DC. Two teenage girls have been charged in the Pakistani immigrant’s death.

With the recent rise of violence targeting Asian Americans, supporters of Vice President Kamala Harris say her Indian heritage has put her in a unique position to give voice to the pain and anger that’s inspired a growing political movement. But the question is how far she is willing to go and embrace the role of advocate to influence the Biden administration to follow through on pledges to prioritize the communities concerns.

And President Joe Biden just announced a slate of diverse nominees as he tries to reshape the federal courts. Indian American Judge Rupa Ranga Puttagunta and Pakistani American Judge Zahid Quraishi are two of the 11 nominees. Those stories and all the news tonight at 8, join us.

Is Peace Possible Between India & Pakistan?