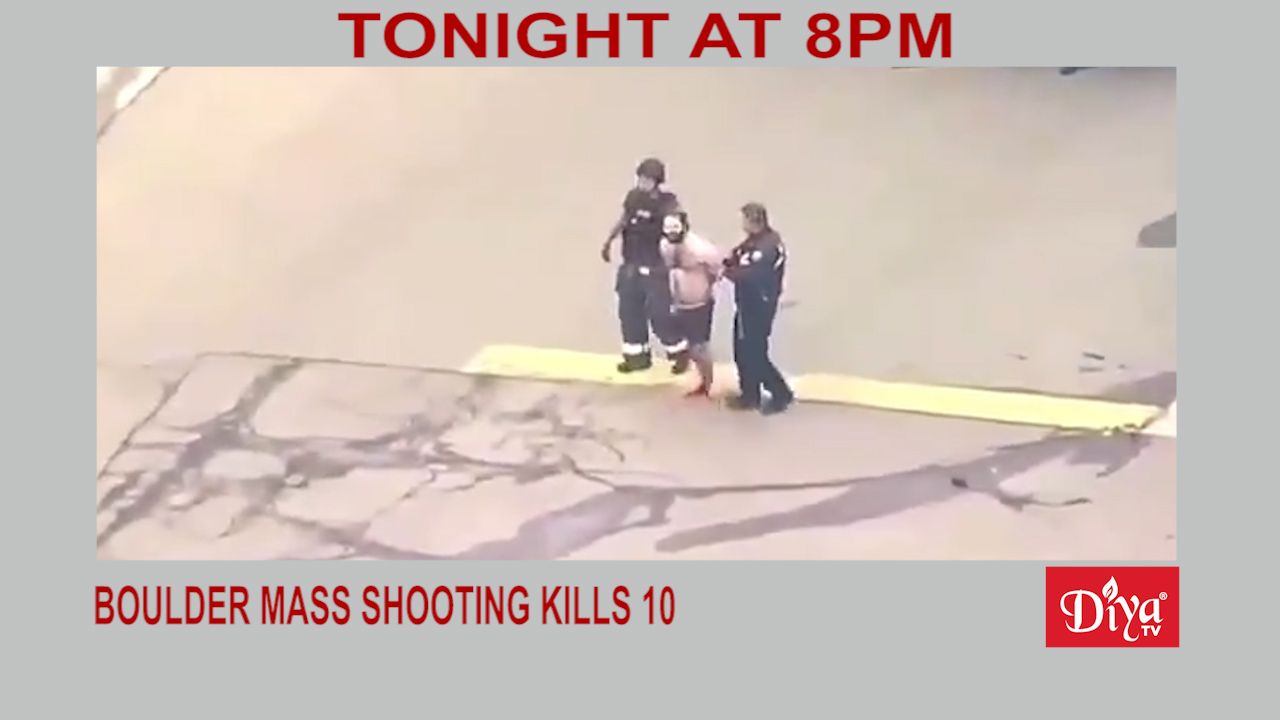 COLORADO (Diya TV) — 10 people including a police officer are dead after a gunman opens fire inside a Boulder Colorado grocery store. Ahmad Al Aliwi Alissa was arrested and is now facing ten counts of murder after the Monday rampage. The motive here remains unclear and is one of several mass shootings in the US over the past week.

It’s the 50th Anniversary of Bangladesh’s independence from West Pakistan. And now Congress is introducing a resolution congratulating the people of this country and highlighting the history of their long struggle, ending with the War of Independence in 1971. The resolution also mentions Bangladesh’s recent role in hosting Rohingya refugees fleeing genocide in Myanmar.

And a showdown is looming in Chicago’s city council as it faces what some are calling an anti-India resolution. As it stands now, it urges India to restore rights to Muslims living in Kashmir and condemns religious violence against Muslims as well. Even though the resolution is symbolic, The US India Friendship Council is calling it inappropriate, says it singles out Hindus, and claims it is designed to instigate Muslims.  The full council will vote on the resolution this week.