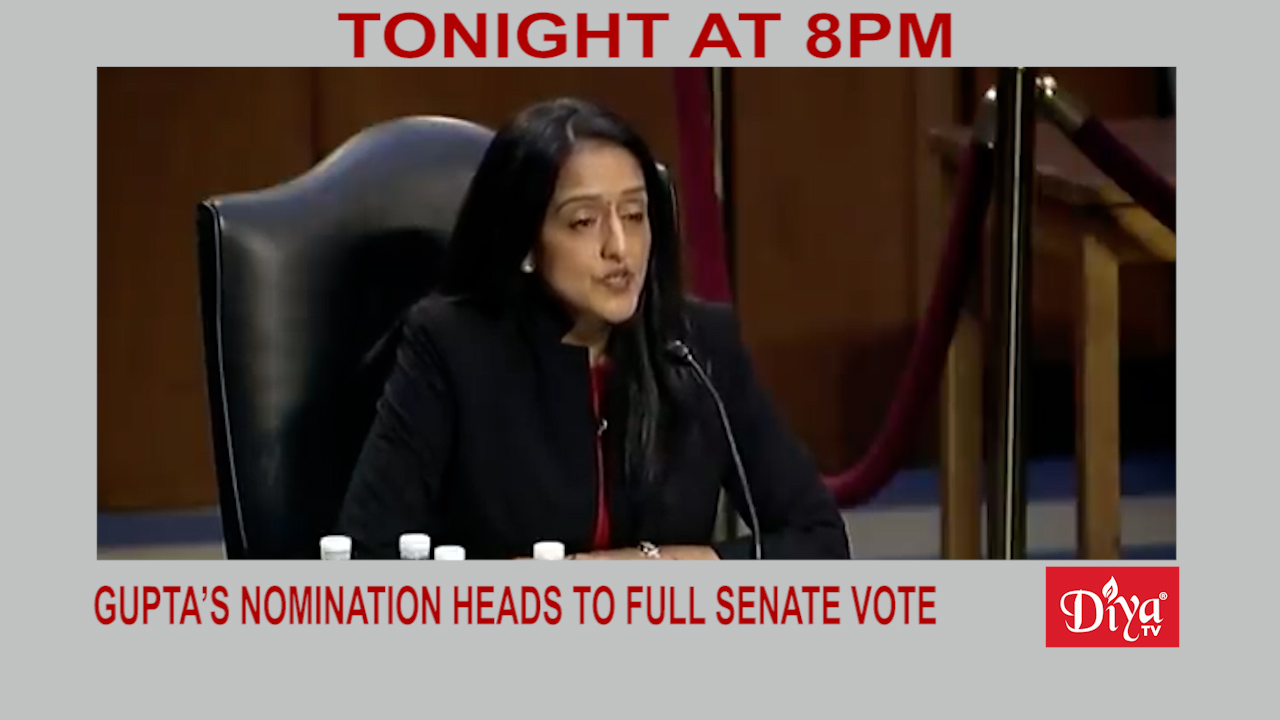 WASHINGTON DC (Diya TV) — She’s still in the running to be associate Attorney General for President Joe Biden. Indian American Vanita Gupta’s nomination is now heading to the floor of the full Senate, even though the Judiciary Committee today remained split over whether to approve her nomination.  Republicans continue to attack Gupta’s history of advocating for progressive policies.

As expected the Senate confirmed Dr. Vivek Murthy as US Surgeon General.  This is the second time the Indian American will take over this position after already serving during the Obama administration. Murthy has already been working for months on  President Biden’s Covid-19 task force, responsible for dealing with the pandemic.

And India is dealing with a spike in Covid-19 cases after several mutant variants of the virus were discovered in the country, prompting fears of a second wave. The variants have primarily been detected in states such as Punjab and Maharashtra. Several states have already banned gatherings during Holi, the upcoming festival of lights this weekend.