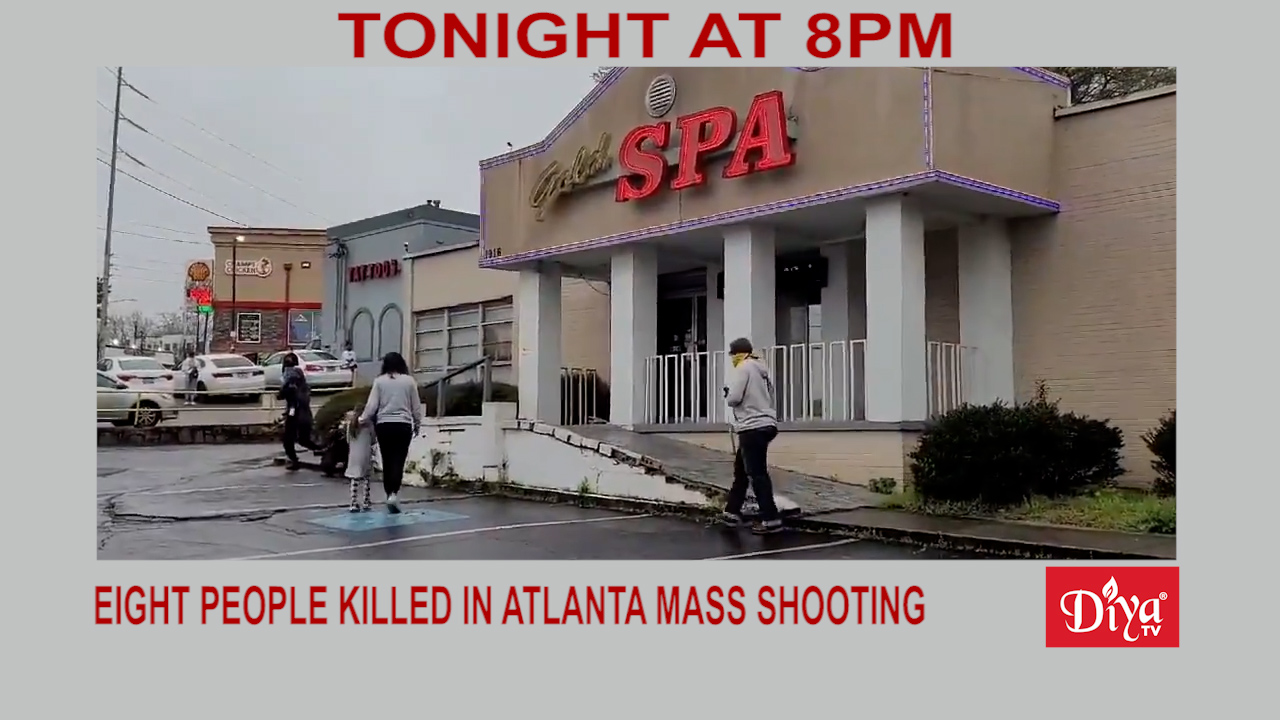 ATLANTA (Diya TV) — Eight people are dead after a mass shooting in Atlanta. Police arrested 21 year old Robert Long after his rampage targeted Asian spas. Even though 6 Asian people and two white people were killed, police say it may not have been racially motivated. Instead the suspect claims he had a sex addiction and wanted to get rid of his temptation.

A judge sentenced an Indian American grandmother to 29 years in prison for drowning her teenage daughter’s newborn son.  Beant Kaur Dhillon admitted to drowning the baby to avoid bringing shame to her family. Authorities say Dhillon’s husband and another man helped bury the baby’s body in their backyard.

The Academy Award nominations are out and South Asians are in the spotlight. Pakistani Brit Riz Ahmed is up for best actor, Indian American songwriter and producer Savan Kotecha also got a nom, and Ramin Bahrani’s “The White Tiger,” is up for best adapted screenplay  Ahmed also made history as the first Muslim nominated for a lead actor Oscar for his role in “Sound of Metal.”

And we’ll introduce you to Suyash Mehta, the first Indian American referee in the NBA. He’s actually been around the league for years, but this year he made staff and joins folks like Sacramento Kings owner Vivek Ranadive and Memphis Grizzlies assistant coach Sonia Raman among a growing list of Indian Americans involved in the association.

India debates future use of cryptocurrency