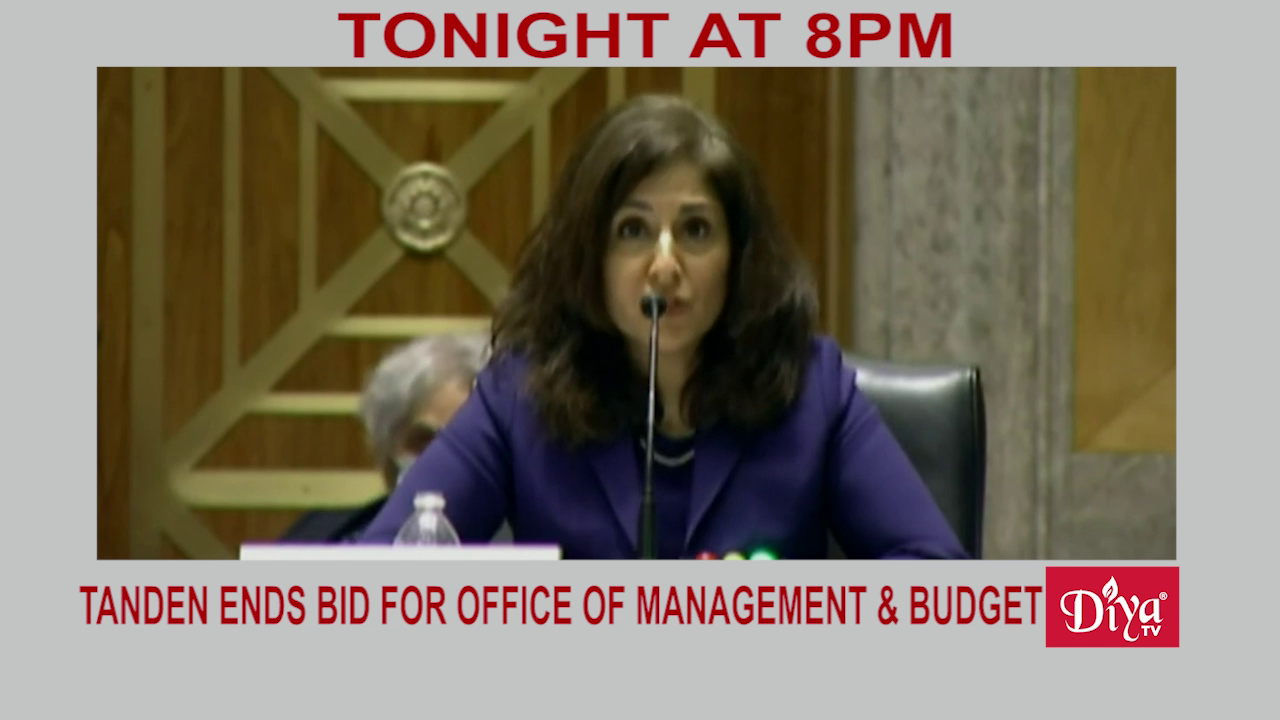 WASHINGTON (Diya TV) — It appears Neera Tanden’s tough talk on Twitter is the reason she was unable to secure the votes needed to win confirmation to become the next Office of Management and Budget Director. Tanden removed herself from consideration in a letter to President Biden. It’s a bitter pill to swallow for Tanden for the moment, but in a statement, President Biden made it clear Tanden will get another role in his administration that doesn’t require Senate confirmation.

Meanwhile, the chief operating officer of the Biden campaign during the 2020 presidential election, who also served as executive director of the inaugural committee, is joining the Biden team. Maju Varghese will be the president’s deputy assistant and Director of the White House Military Office.

India announced $1 billion in incentives to attract computer makers and other manufacturers from China to India. Apple, which has yet to make laptops and tablets in India, and HP are being pitched on the plan. The incentives are part of Prime Minister Modi’s plan to make India self-reliant in electronic goods and reduce its trade deficit.