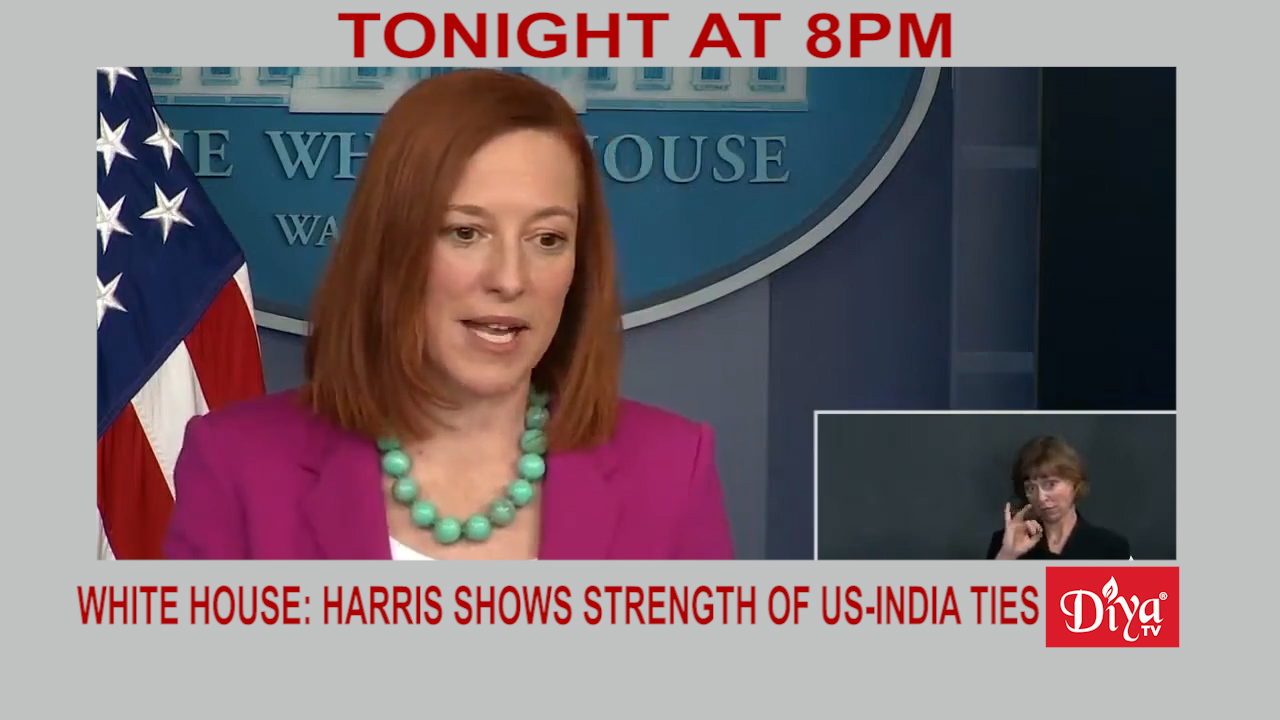 WASHINGTON (Diya TV) — The Biden administration says it is looking to strengthen ties with India and believes having the first Indian American Vice President demonstrates that commitment. In addition to selecting Kamala Harris, who is half Indian and half black, President Biden has also appointed the most Indian Americans ever to serve in a presidential administration.

Five people are dead in India after a massive fire broke out at the world’s largest maker of vaccines, including production of a COVID-19 vaccine. Authorities now say the blaze is under control at the Serum Institute of India in the western city of Pune, although the cause is still under investigation. Several other people were rescued from the building which was under construction at the time. Officials say the fire will not slow the production and distribution of the vaccine.

Indian farmers rejected an offer by the government to defer farm reform laws for more than a year. Instead organizers say thousands of farmers will drive tractors through New Delhi on January 26 on the Republic Day national holiday when Prime Minister Narendra Modi will join a parade of military forces. Farm leaders are fighting to repeal laws and guarantee minimum crop prices.