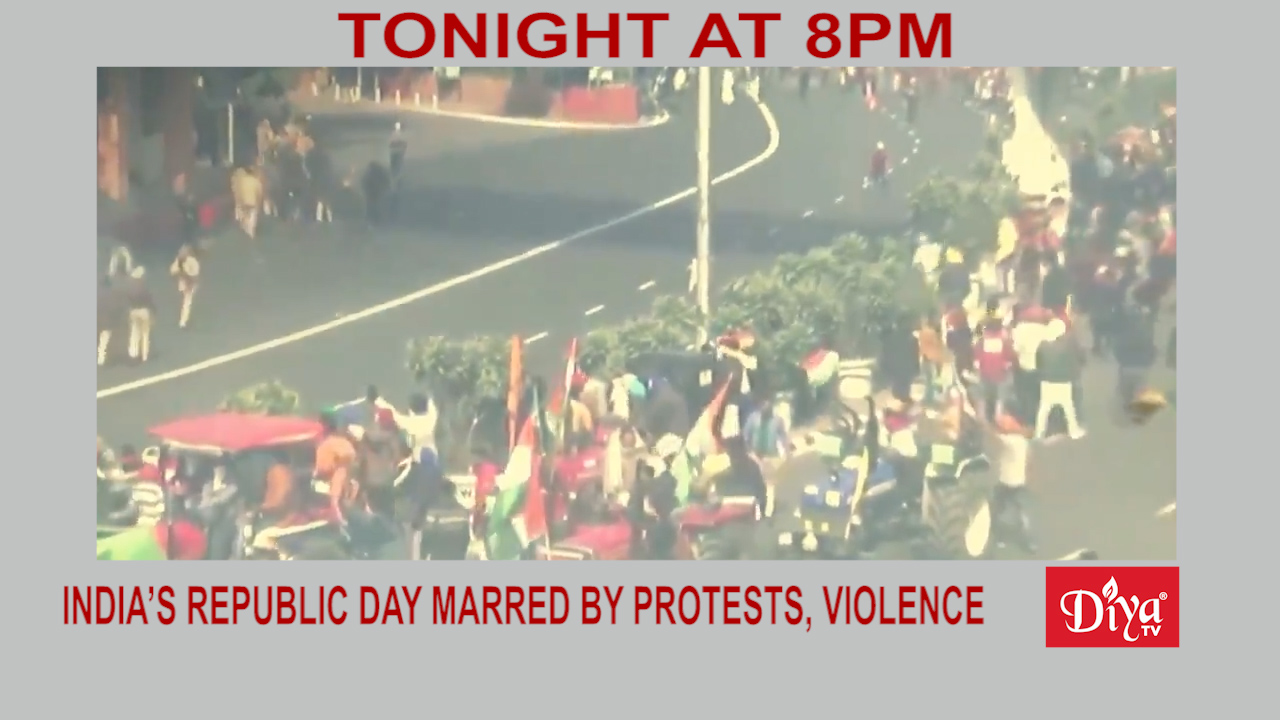 NEW DELHI (Diya TV) — India celebrated its 72nd Republic Day to commemorate when the Indian Constitution came into effect in 1950. But while there were traditional parades and festivals, the day was marred by violence as well, as thousands of Indian farmers took to the streets of New Delhi to protest controversial new farming laws, leading to widespread confrontations with police. There was a protest held outside of the Indian embassy in Washington DC in support of the farmers by people looking to create a Khalistan nation-state.

Villagers in a small Indian town say they’re seeing more Chinese vehicles using their roads and entering their territory. A local official in the Demchok sector near the Chinese India border says this happened several times last month. And in each instance, the Chinese were chased away. Local officials say it’s unclear exactly who these people are or why this keeps happening. But they suspect they could be linked to the Chinese military.

Indian American Mini Timmaraju is joining the Biden Administration to serve as the new senior advisor to the director of the Office of Personnel Management. A Comcast executive who is also on the board of Indian American IMPACT, she joins the more than two dozen South Asians on the Biden-Harris team.