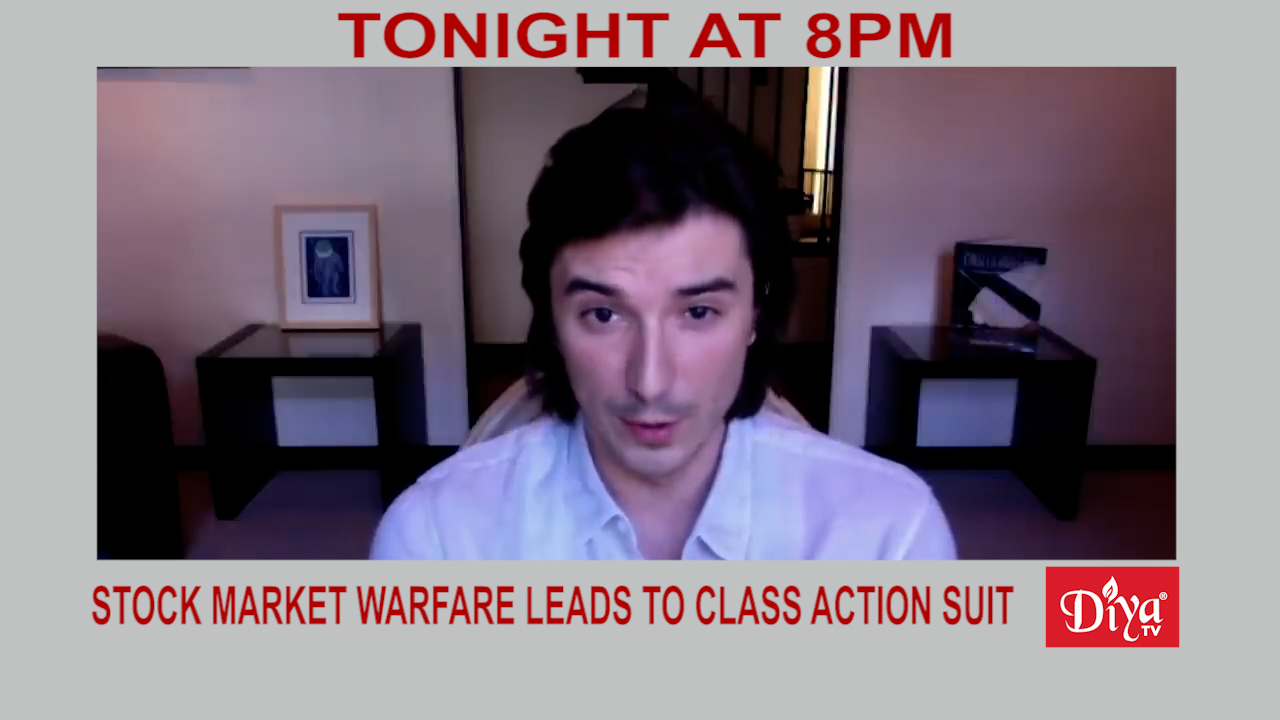 WASHINGTON (Diya TV) — Lawmakers on both sides of the aisle are calling out stock market trading app Robinhood, among others after restrictions kept customers from buying certain stocks like Gamestop and AMC Theaters. Shares in those companies both surged after retail investors organized online. Democratic Congressman Ro Khanna called for more regulation and equality in financial markets in response to Robinhood’s decision. And Republican Senator Ted Cruz put out a tweet saying let the people trade. After markets closed, Robinhood released a statement saying they would once again allow limited buys of these stocks, but only after a class action lawsuit from shareholders was announced.

Surgeon General Vivek Murthy now says the U.S. is trying to stay ahead of the mutating coronavirus which has produced a number of potentially more infectious variants of Covid-19. The Indian American doctor says that people need to double down on masking up and avoiding indoor gatherings. He also called for an emphasis on more testing and contact tracing methods.

India’s farmers continue to protest saying the government’s new agricultural laws will hurt their livelihoods and profits. But the International Monetary Funds top economist says,  it will actually increase their incomes. Gita Gopinath came out with this bold assessment this week, but also says there needs to be a social safety net for farmers and more reforms are needed, including better infrastructure. However farm leaders say they will not settle for anything less than a complete repeal of the laws.