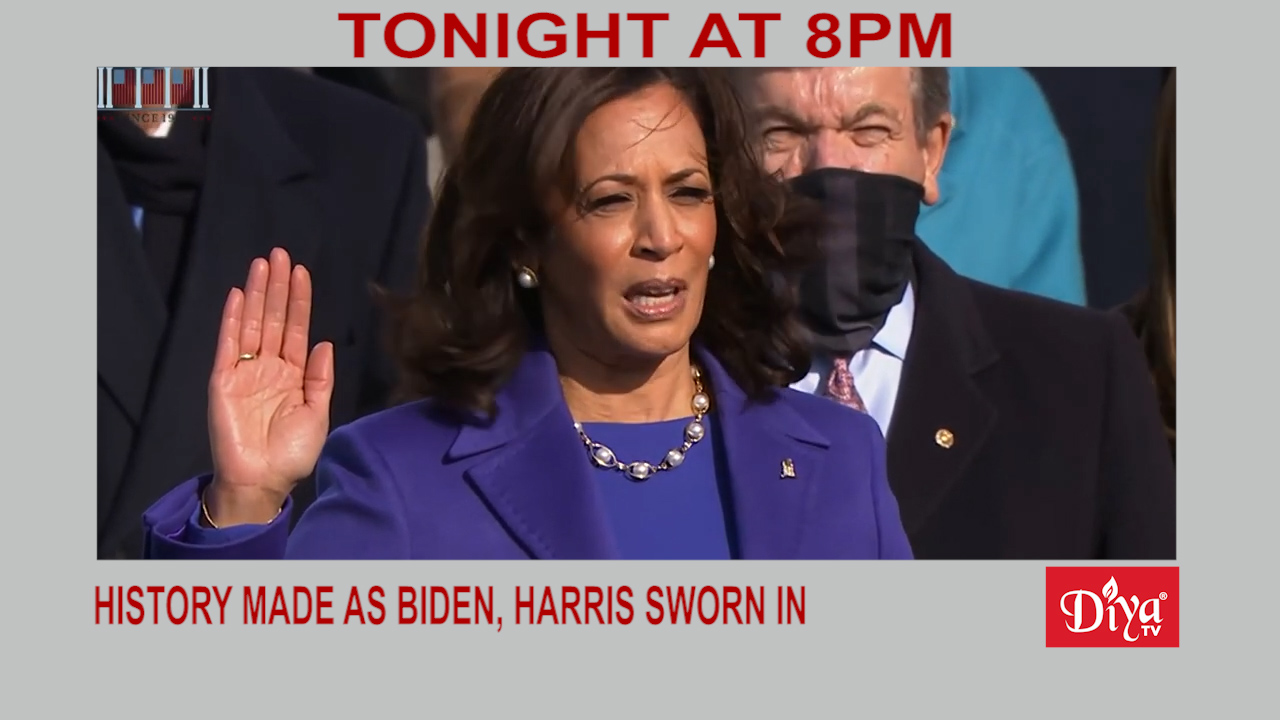 WASHINGTON (Diya TV) — In an inauguration like no other, President Joe Biden and Vice President Kamala Harris took the oath of office on the Capitol steps in Washington D.C. Biden focused on a message of unity and promised to be a president for all Americans. He also acknowledged the challenges that lie ahead like the on going Covid-19 pandemic and the threat of domestic terrorism. Harris made history by being the first Indian American and Black female VP.  Biden did not mention former president Donald Trump.

President Trump departed Washington before the inauguration, the first president in more than 150 years to skip his successor’s swearing-in. Instead, he held a small rally at Joint Base Andrews in Maryland and then boarded a flight to his Mar-a-Lago resort in Florida. He highlighted his accomplishments and told supporters his movement will continue.

President Trump issued more than 140 pardons and commutations before leaving DC, including ones to his former political strategist Steve Bannon and rapper Lil Wayne. The vast majority of cases have been championed by criminal justice reform advocates, including people serving lengthy prison sentences. But others granted clemency have been politically connected including former Republican lawmakers and Trump associates convicted during the Russia investigation.