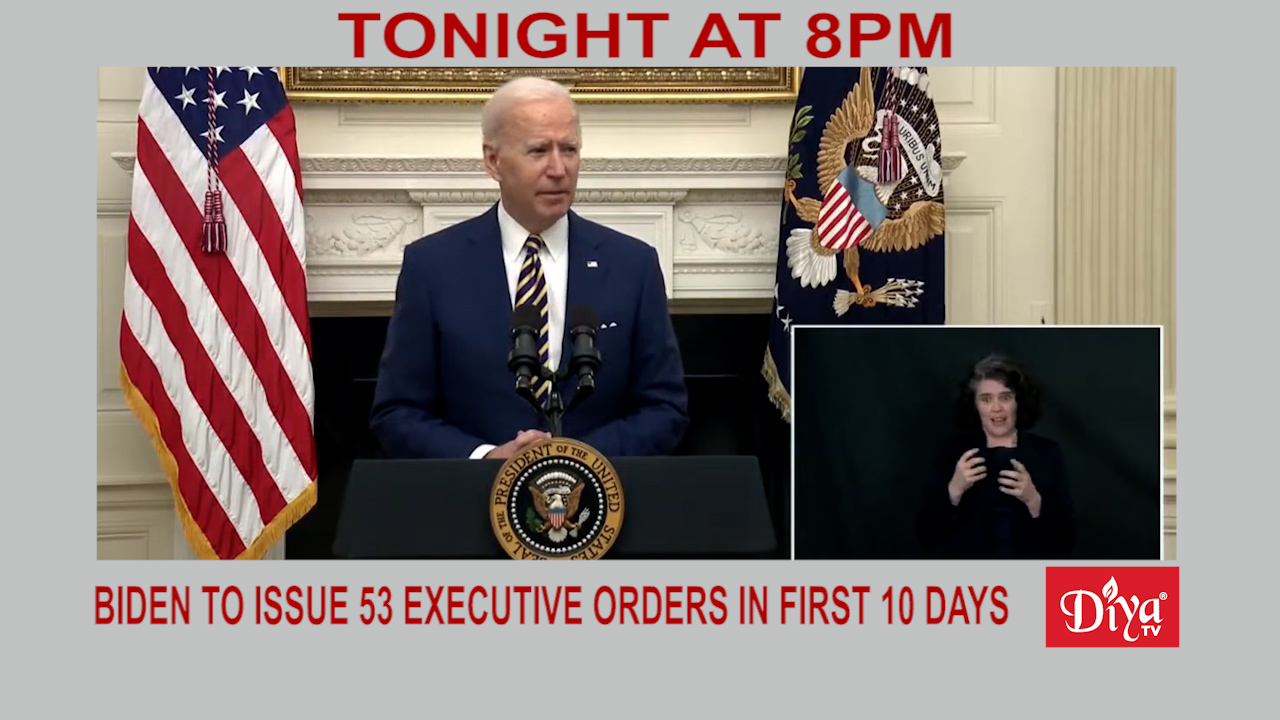 WASHINGTON (Diya TV) — President Biden is already dismantling many of former President Trump’s initiatives by signing a string of executive orders addressing the climate crisis, student debt, reversing the Muslim travel ban and implementing a mask mandate on federal land. The Biden Administration plans to roll out a total of 53 executive actions over his first 10 days.

President Biden is being praised for his inauguration speech. We’ll introduce you to the man behind those words, Indian American speechwriter Vinay Reddy, who has a broad resume that includes a stint at the NBA.

He made history as the first Indian American to lead the Federal Communications Commission, but with the change in administrations, Ajit Pai is now saying farewell to a job he relished. The Republican, named to the FCC by President Obama in 2012 and designated chairman by President Trump, said serving the American people through the FCC has been the greatest honor of his life.

History made As Biden, Harris sworn in