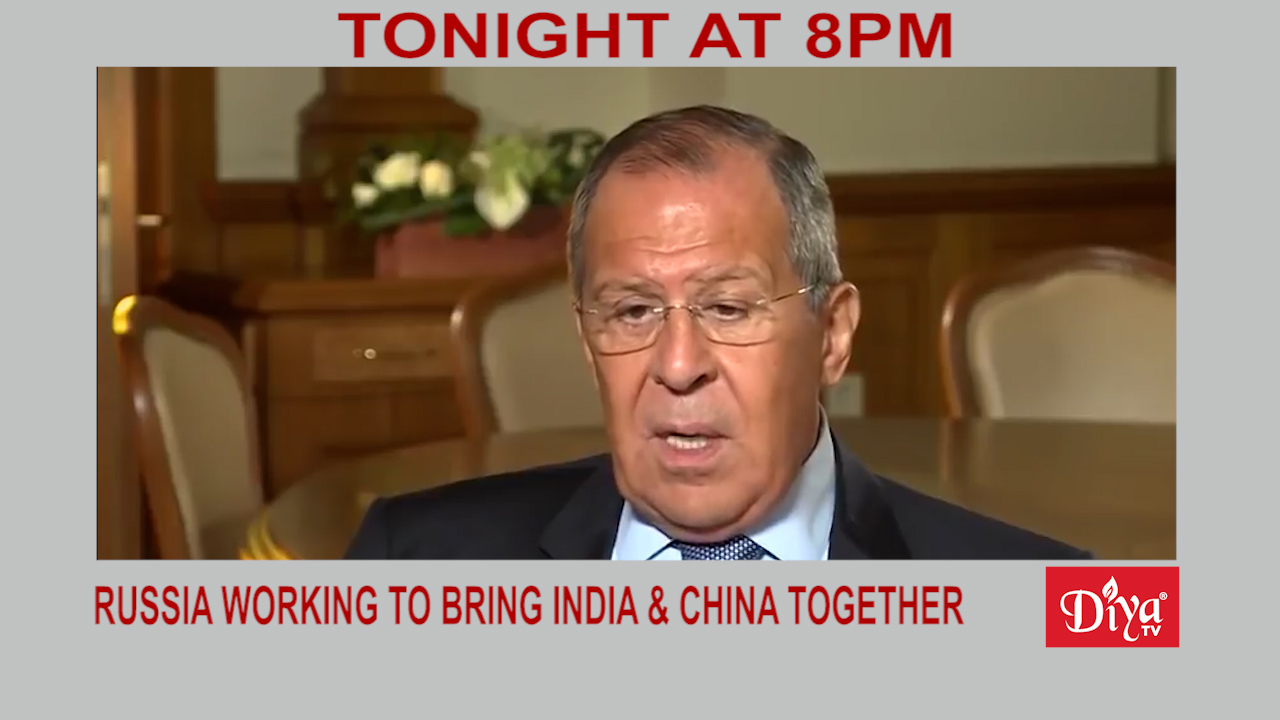 SANTA CLARA (Diya TV) — “We are friends with India.” That is the message Russian foreign minister Sergey Lavrov wants the second largest democracy in the world to hear. Lavrov claims his country is using back channels to help establish peace and tranquility between India and China, as both nations deal with ongoing military tensions. Russia also says it wants to strengthen its strategic trade partnership with India. India will host an annual summit with Russia this year that was postponed because of COVID-19.

Meanwhile, from a jail cell and awaiting trial, Alexey Navalny continues to speak out and criticize Russian President Vladimir Putin. The opposition leader flew back to Moscow from Germany and was immediately detained for allegedly violating a fraud conviction which he says was politically motivated.  Navalny was poisoned and nearly died last year. He blames Putin for that attempt on his life as well.

The head of India’s Republic TV Vikas Khanchandani was arrested and accused of manipulating television ratings data. The network broadcasts in Hindi and English and has risen in popularity in recent years. 12 others have been arrested in relation to the investigation. The network responded by saying the Khanchandani’s arrest was politically motivated.

History made As Biden, Harris sworn in