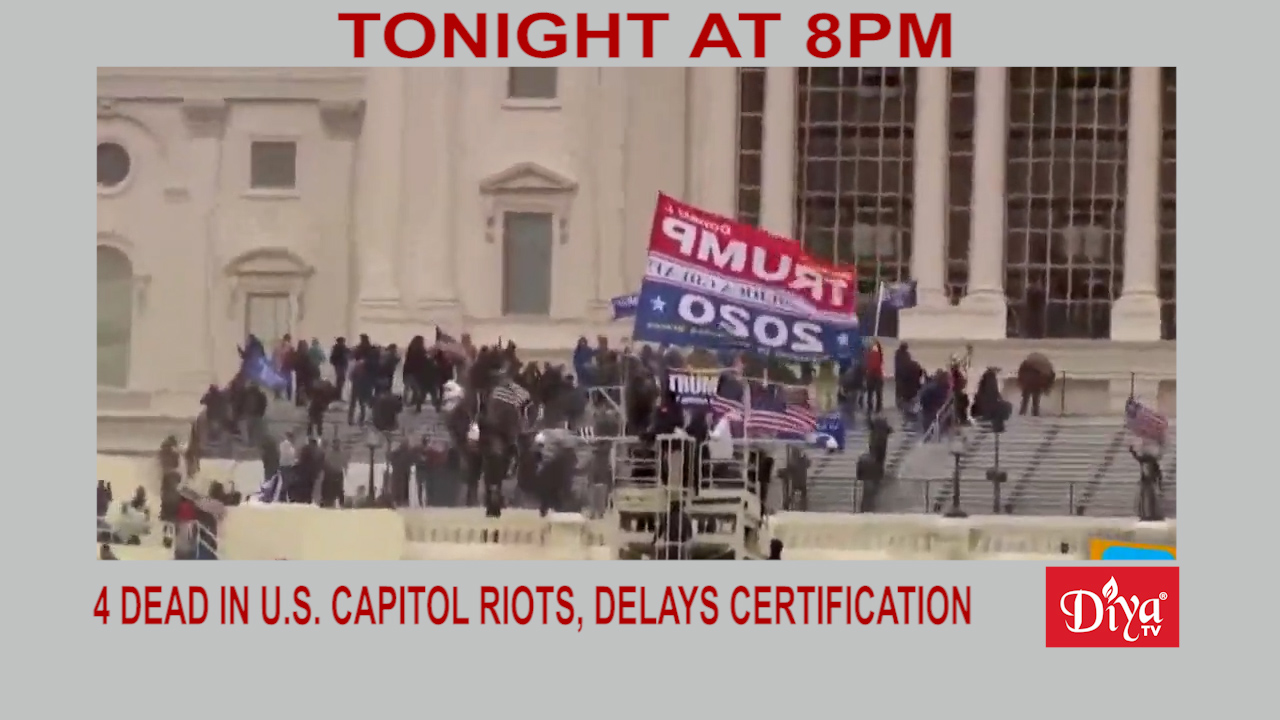 WASHINGTON (Diya TV) — Pandemonium broke out at the U.S. Capitol in Washington, as thousands of supporters of President Trump barnstormed the building and successfully forced a delay in the ceremonial election victory certification of President-Elect Joe Biden. Four people died in the chaos and many others were injured. Congress remained undeterred, even though this mob forced them to shelter in place. The certification process resumed in the evening and the events of the day triggered a number of Republican members of Congress to change their mind and vote to certify the election results for President-Elect Biden.

Seattle Rep. Pramila Jayapal was in the Gallery above the House Chamber with about a dozen other members of Congress when the riots broke out. Jayapal recounts hearing shots fired, shocked that this could happen in the U.S. Meanwhile, Vice President-Elect Kamala Harris was on the Capitol grounds, but is safe, her staff confirmed. She was set to attend the Electoral College vote certification on Capitol Hill.

Alibaba billionaire CEO Jack Ma has not been seen in months and that’s raising concerns. There are reports he could be imprisoned by the Chinese government. And an initial public offering for Ma’s Ant Group was suspended by stock exchanges in Shanghai and Hong Kong after he appeared to speak critically about Chinese regulators.