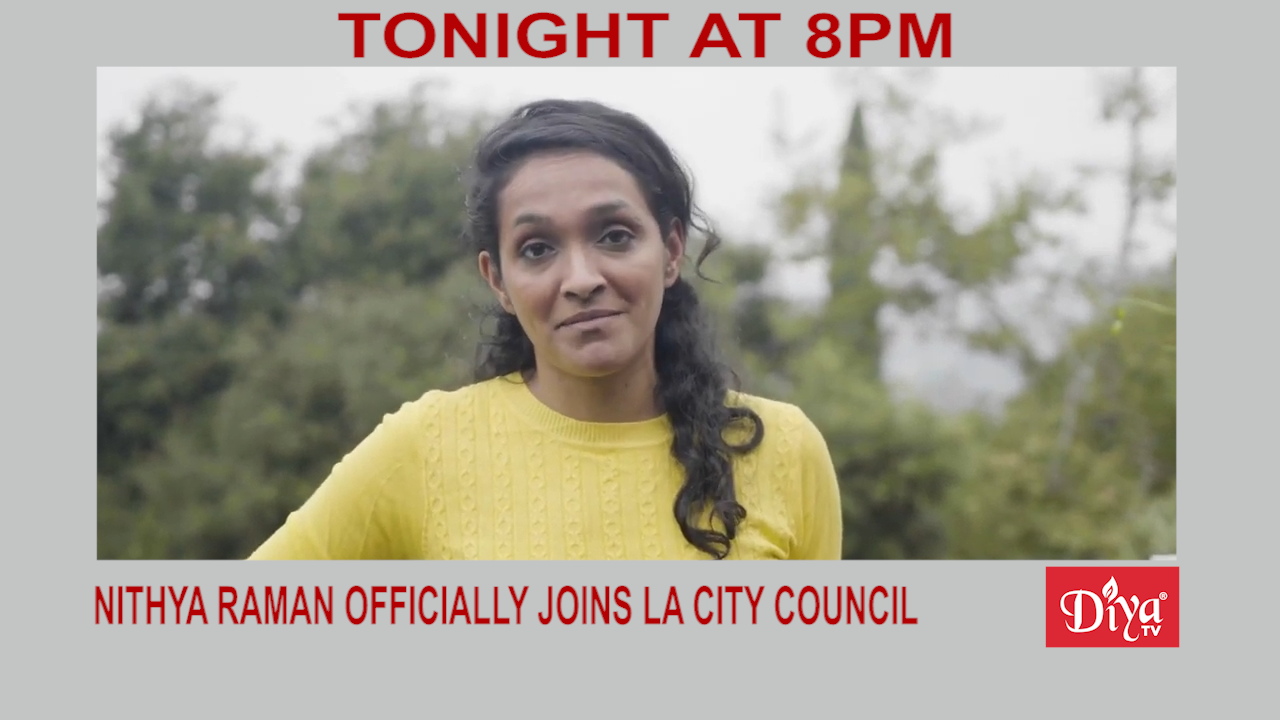 WASHINGTON (Diya TV) — Indian American Nithya Raman officially joined the Los Angeles City Council. An urban planner by training, who was the first person to beat an incumbent member of the council in 17 years, Raman wants to focus on the city’s homeless crisis. She has first hand experience around this issue, spending more than seven years in both Delhi and Chennai, working on issues around slums and basic human services like running water and toilets.

Covid-19 numbers are stabilizing and even declining in some parts of  Washington State. But the recently appointed Indian American Health Director Umair Shah says the state can’t let it’s guard down. Shah calls 2020 the virus’ first half and the New Year could bring more problems if people don’t listen to the state’s recommended Coronavirus guidelines like wearing masks and limiting indoor gatherings. However, state officials were encouraged because Covid numbers did not spike after the Thanksgiving holiday in Washington as many feared. They’re asking the public for the same cooperation to limit gatherings for Christmas and New Years holidays. The first Covid-19 cases in the U.S. were reported in Washington State.

With so many people struggling financially during the Covid-19 pandemic, a Sikh businessman in Glasgow Scotland organized one of the largest foodbanks during the lockdown. Now he’s being honored for all his work. Charandeep Singh was presented with the “Pride of Scotland” award for giving out 100,000 meals. Since March, the “Sikh Foodbank” has organized deliveries of groceries and cooked meals. They also provided a check-in phone service in English, PUnjabi, Hindi and Urdu for people feeling isolated.

COVID-19 is surging in Pakistan and there are fears it could decimate the country since it has a limited social safety net. Doctors and health officials are urging the government to shut down the country. Health experts say the public is suspicious and tired of Coronavirus restrictions and this false sense of security could be fueling the second wave.

Authorities say unsuspecting Americans paid more than $14 million to an Indian call center. Police in New Delhi say workers lured victims into thinking their assets were being frozen as part of an elaborate scheme over a two year period. Officials say more than 4500 Americans fell for it. Indian police eventually busted the ring and arrested 50 people.

Related Topics:Covid19featuredNithya Raman
Up Next