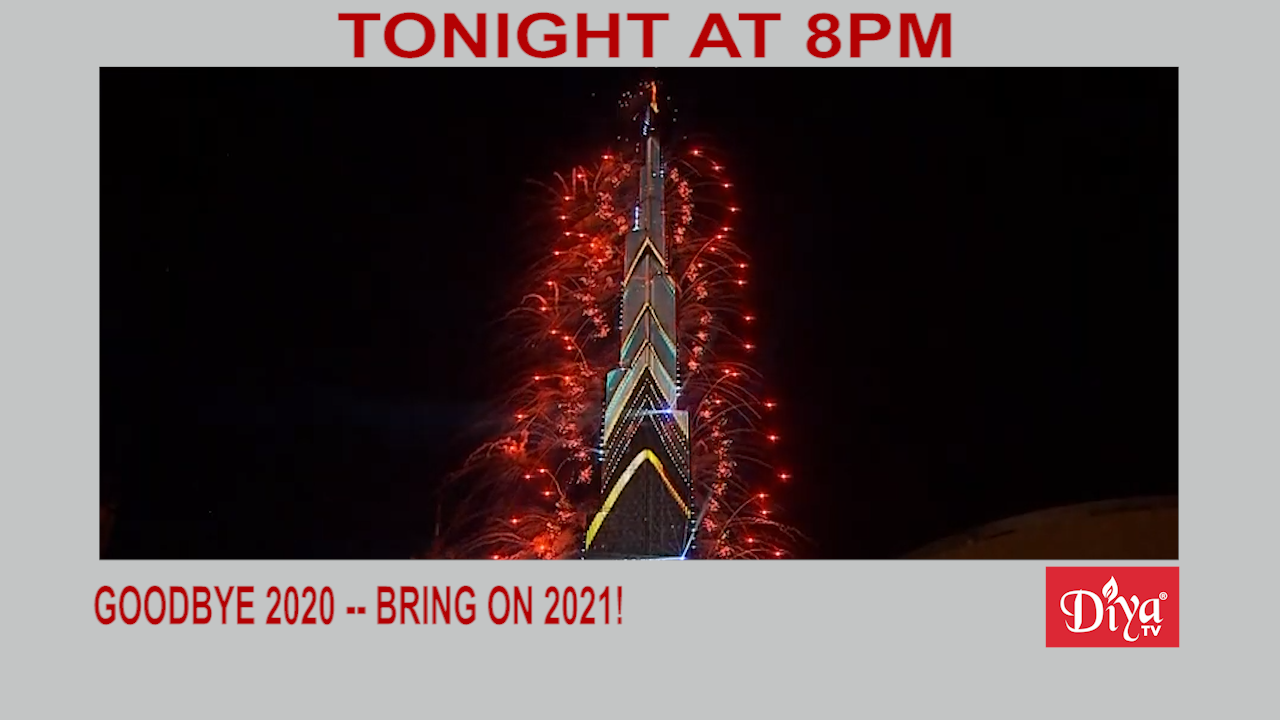 SANTA CLARA, Calif. (Diya TV) — It’s the end of the one of the most challenging years in human history. We will look back at how the COVID-19 pandemic affected the globe from its start in China and spread around the world to the short and long term effects in the U.S., India and South Asia. Despite the releases of vaccines, a new more contagious version of the virus could keep us all occupied for much of 2021.

One of India’s titans of industry is being accused of massive bank fraud. Fallen billionaire Anil Ambani claims his net worth is now zero, but banks aren’t buying it. Ambani’s Reliance Communications is in the middle of bankruptcy. But the State Bank of India, Union Bank of India, and the Indian Overseas Bank are classifying the company’s accounts as fraudulent. The Delhi High Court has directed some of the banks to maintain the status quo until a hearing next month.

After a recent brutal gang rape in Pakistan, lawmakers passed a bill that would castrate repeat sex offenders. The new anti-rape ordinance comes after outrage and violent protests in Lahore. It would also give speedy trials to women and children, create a national registry of sex offenders, and give privacy to the victim.