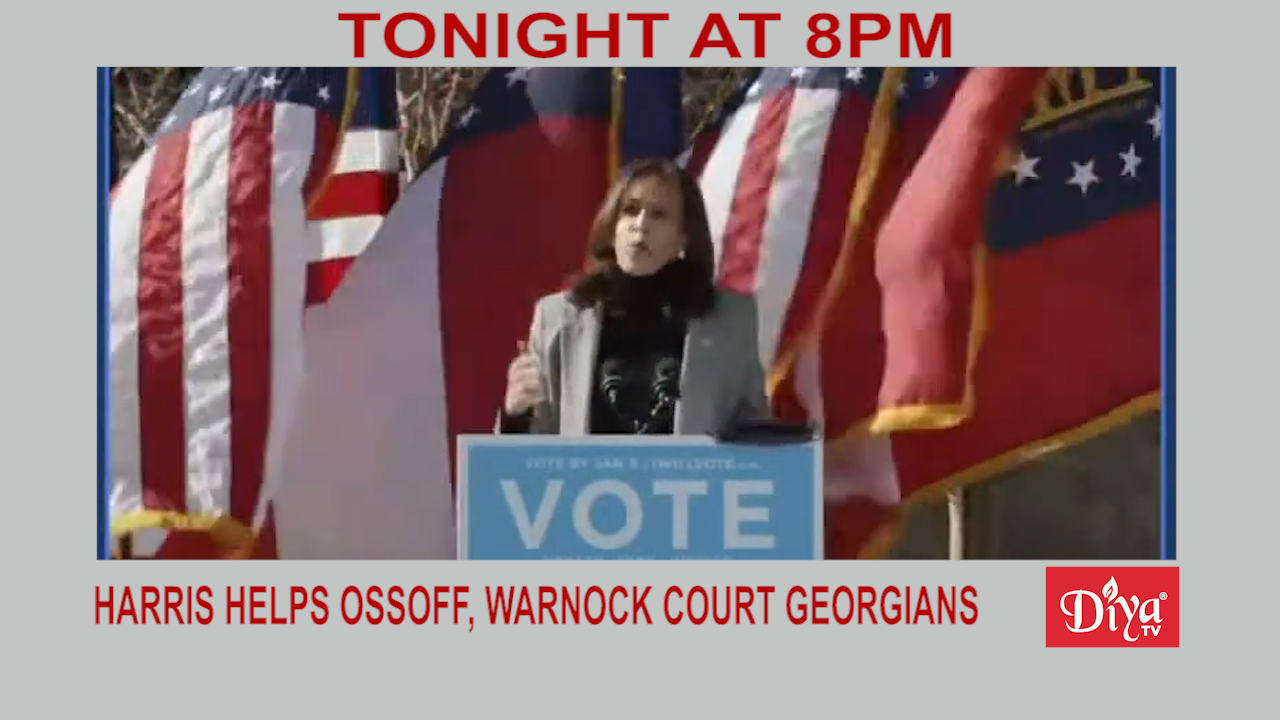 COLUMBUS, Georgia (Diya TV)  —  Vice President-Elect Kamala Harris went to Georgia to support Senate candidates Raphael Warnock & Jon Ossoff in the battle for control of the U.S. Senate. Indian American and South Asian voters are key voting blocs to win over in these closely contested elections, so in recent weeks Warnock and Ossoff have been doing in-person and virtual rallies to reach the community.

Meanwhile, former South Carolina Governor and former US Ambassador to the UN Nikki Haley stumped for Senator Kelly Loeffler in Georgia and is also working with a political action committee to support the Republican candidate. Haley is featured in a new series of ads for the PAC, who is spending six-figures to get the message across.

The Biden transition team said Vedant Patel will be an Assistant Press Secretary in the White House. Patel is one of 16 new members of Biden’s communications press staff. Born in India and raised in San Jose, he worked in a similar role for former California Congressman Mike Honda and most recently for the Biden-Harris campaign.