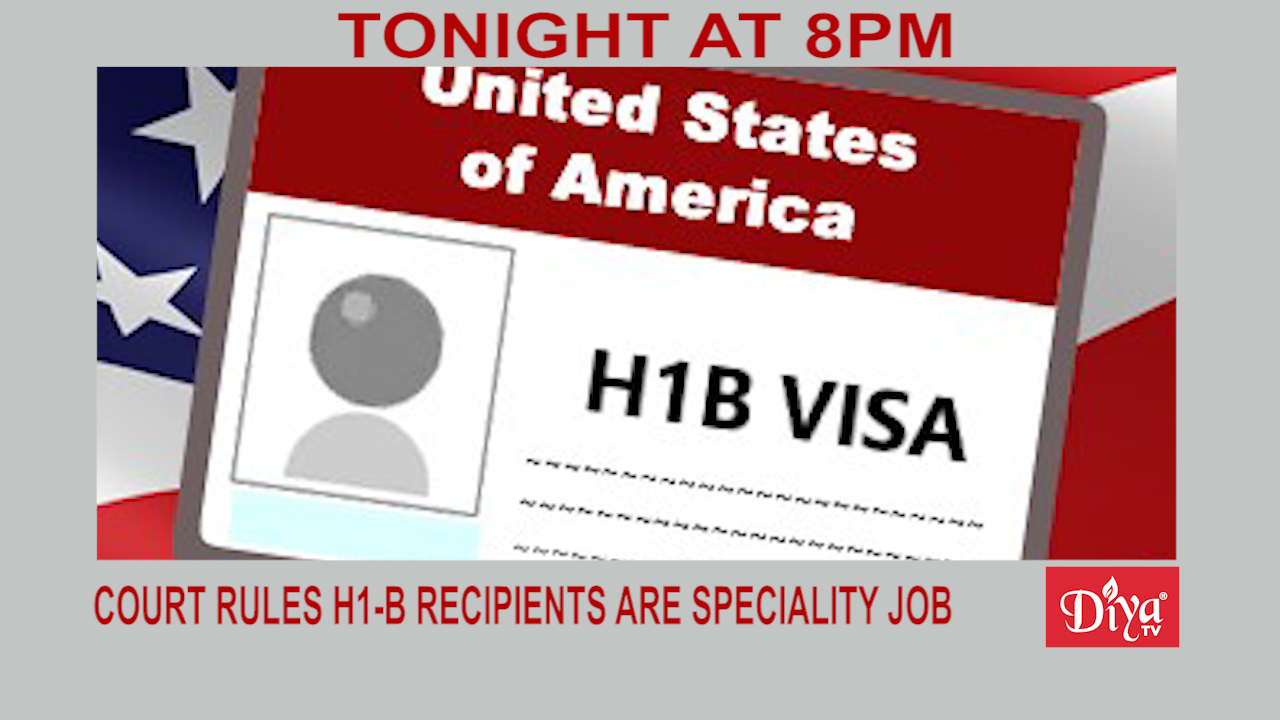 WASHINGTON (Diya TV)  — In a major victory for U.S. technology companies employing foreign workers, a circuit court ruled computer programmers on H-1B visas are now considered a specialty occupation. That means they can work in America even without a degree. The current law requires H-1B workers to hold at least a bachelor’s degree. This decision is a direct rebuke of President Trump’s “Buy American, Hire American” policy that required more credentials from workers trying to work in the U.S.

There are some familiar faces joining President-Elect Joe Biden‘s senior staff. Gautam Raghavan is now the incoming Deputy Director of the White House Presidential Personnel Office. Prior to this appointment, he served as Chief of Staff to U.S. Representative Pramila Jayapal.  And Vinay Reddy will be the incoming Director of Speech Writing. Reddy also worked with President-Elect Biden in a similar role during his time in the Obama administration.

Indian-American Bharat Ramamurti will also join the Biden-Harris administration as deputy director for the National Economic Council (NEC) for Financial Reform and Consumer Protection. Ramamurti was the top economic advisor to Senator Elizabeth Warren during her presidential campaign and most recently a watchdog of the CARES Act, the largest federal-aid package in American history.