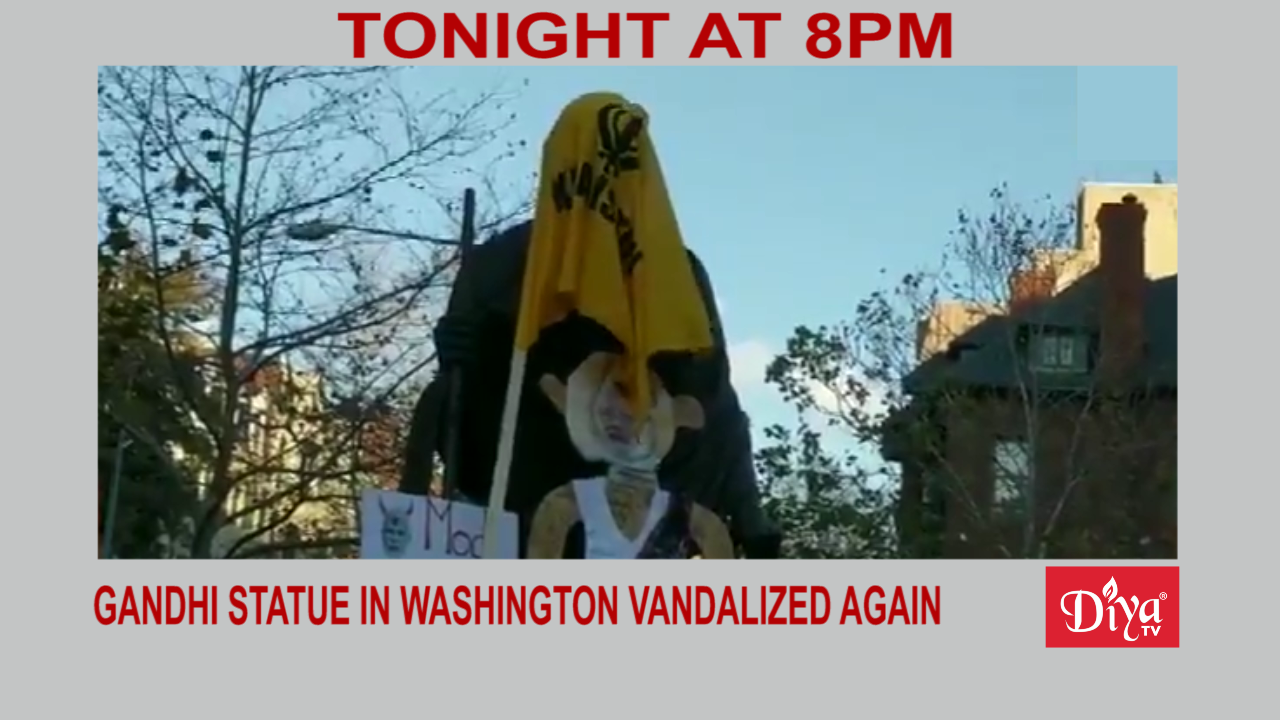 WASHINGTON (Diya TV) — The Indian Embassy is calling them hooligans and the White House denounced the people behind the vandalization of the Mahatma Gandhi statue in Washington DC. It’s the second time the statue has been defaced this year. Authorities say this time it was targeted by supporters of Khalistan protesting the treatment of farmers in India.

Three Democratic members of Congress, who are also members of the American Sikh Caucus, Congressman John Garamendi, Congressman Jim Costa and Congresswoman Sheila Jackson Lee sent a letter to Indian Ambassador to the U.S. Taranjit Singh Sandhu to share their concern over India’s new farm laws. The Congressmembers expressed to Sandhu that demonstrators must be allowed to protest peacefully without fear of violence.

President-Elect Joe Biden and Vice President-Elect Kamala Harris will be sworn into office on the steps of the Capitol next month. But with the COVID-19 pandemic still raging, inauguration planners are urging Americans to stay home and limit gatherings during the event.

Pentagon Chief of Staff Kash Patel filed a $50 million defamation lawsuit against CNN, claiming the cable news network published false statements about him and painted him as a conspiracy theorist trying to smear President Elect Joe Biden.  Patel is one of the most high profile Indian Americans in the Trump administration. He’s already been criticized by both parties for allegedly making it difficult for the Biden transition team to access important defense documents.