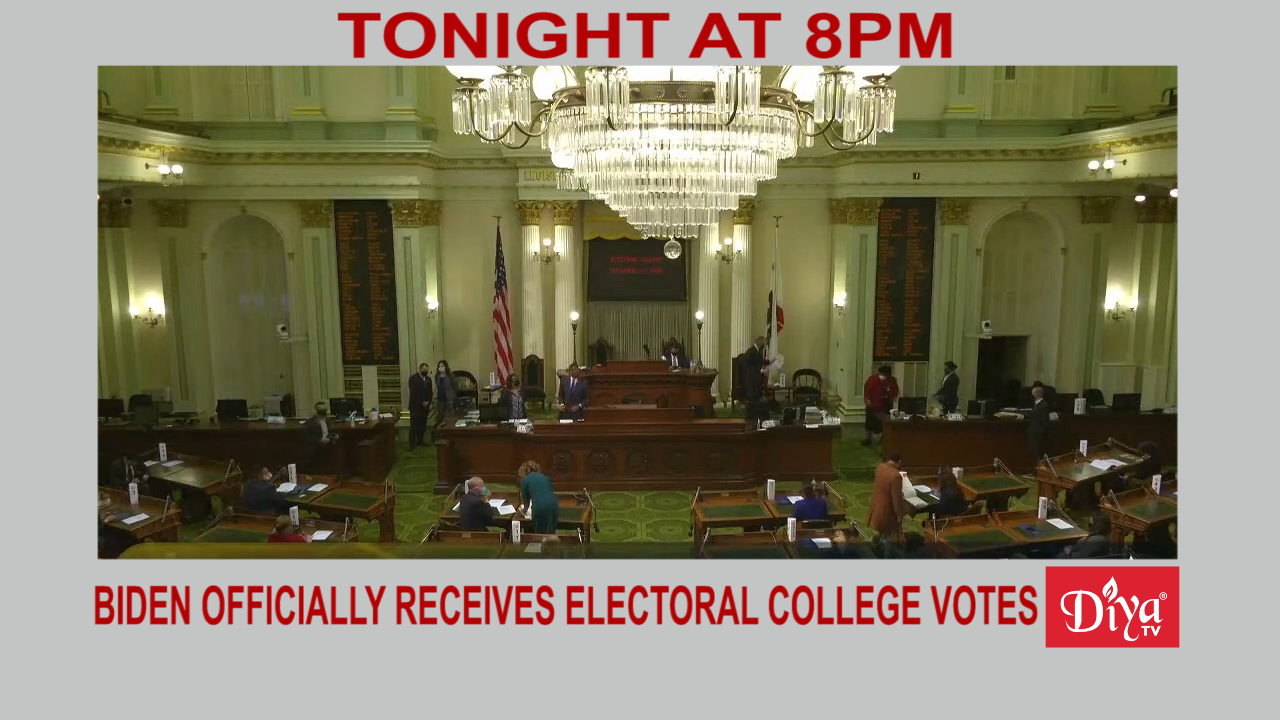 WASHINGTON (Diya TV) — Joe Biden was officially confirmed as the President-Elect after members of the Electoral College pushed him past the 270 vote threshold to win the White House. California’s 55 electoral votes put Biden and his running mate, California Senator Kamala Harris over the top. On January 6th, Congress will count the electoral votes and Biden will be inaugurated on January 20th. Meanwhile, President Trump continues to refute the outcome and White House sources indicating Trump will not attend Biden’s inauguration.

The first coronavirus vaccine was given in the U.S., taken by Nurse Sandra Lindsay, in Queens, New York, who wanted to show the public the vaccine was safe. Recipients will take two doses of the vaccine three weeks apart. It’s a ray of hope amid the new cruel milestone that 300,000 Americans have lost their lives to COVID-19.

Attorney General William Barr is leaving the Trump administration on December 23rd according to a tweet by President Trump. His deputy Jeffrey Rosen will replace him as acting AG. Barr and Trump have been at odds for weeks since Barr declared publicly there was no sign of systemic election fraud.