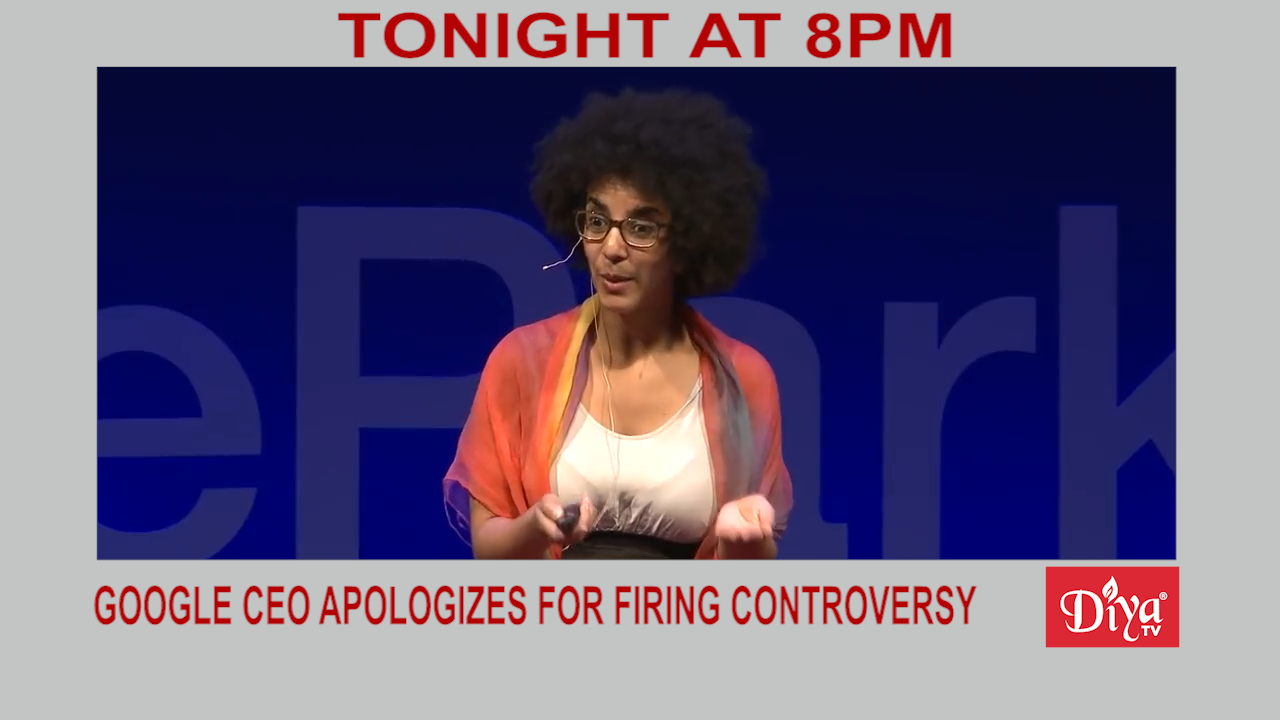 MOUNTAIN VIEW, Calif. (Diya TV) — Google CEO Sundar Pichai is apologizing for how his company has handled the abrupt dismissal of Dr. Timnit Gebru, a black female AI executive at the company. But he did not apologize for her firing. Gebru is a prominent artificial intelligence researcher, who tweeted last week she was fired for saying she disagreed with a research paper scrutinizing bias in her field. She has also been outspoken at the company about its treatment of black workers. And her dismissal has set off a firestorm.

Police in Fremont, California are accusing 44 year old Indian American Roshan Patel of being a pyromaniac after allegedly setting several home garage doors on fire. The motive for his alleged crime streak is unclear, but investigators say he knew at least one of the residents he targeted. This all happened during a one week stretch earlier this month. Authorities say Patel was arrested after nearby surveillance cameras recorded his car’s license plate.

Seattle-area Congresswoman Pramila Jayapal is the new chair of the Congressional Progressive Caucus. The caucus will address poverty, racial justice and inequality.