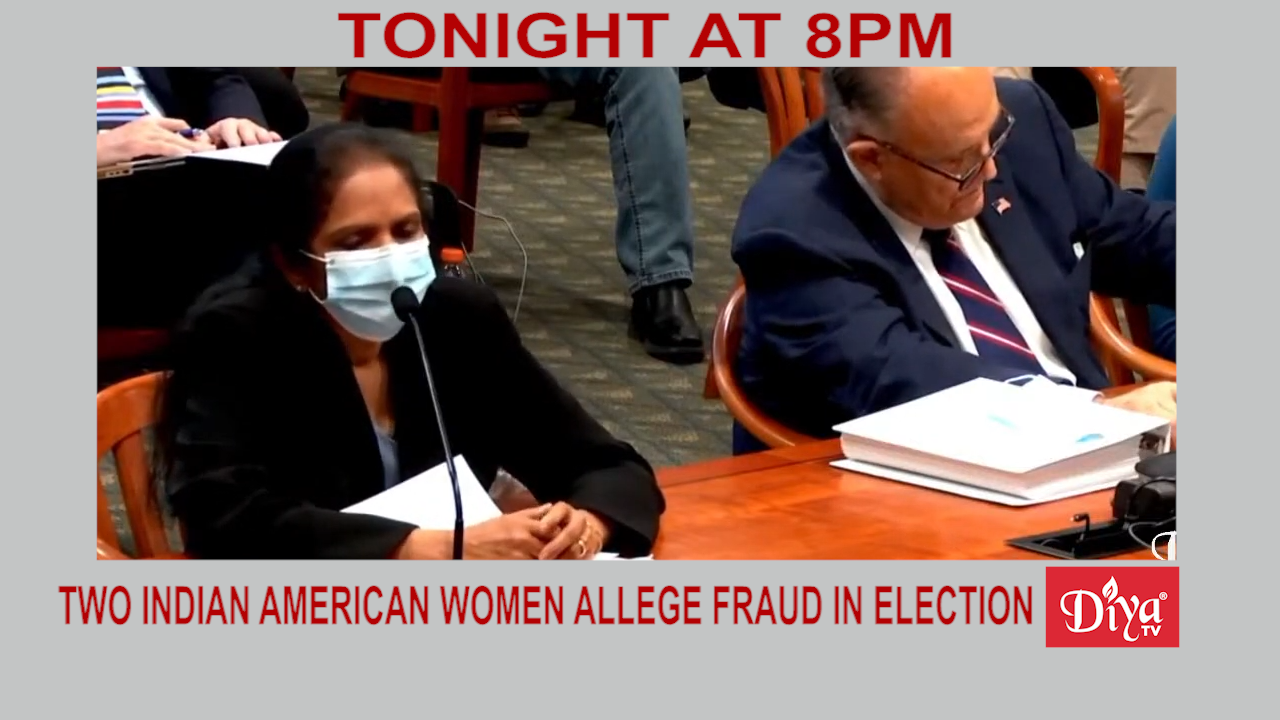 Indian American Jessy Jacob, who has lived and worked in Detroit for more than 30 years, alleged witnessing voters being coached to vote during the presidential election. Jacob also made these allegations in the recent Costantino v. Detroit case that Judge Timothy Kenny characterized as “incorrect and not credible,” a ruling upheld by both the Michigan Court of Appeals and the state Supreme Court.

Indian American Hima Kolanagireddy, who runs a Michigan-based IT consulting firm, alleged witnessing harassment of white men during the election as a representative observer of the Michigan Republican Party.

Meanwhile, with states certifying their election results around the nation, Attorney General William Barr says the Department of Justice has not found any evidence of widespread voter fraud. His comments come amid President Trump’s repeated claims the election was stolen, despite elections officials in many Republican controlled states like Georgia saying President Elect Joe Biden was indeed the winner of the election.

Dr. Vivek Murthy to be US Surgeon General, again.