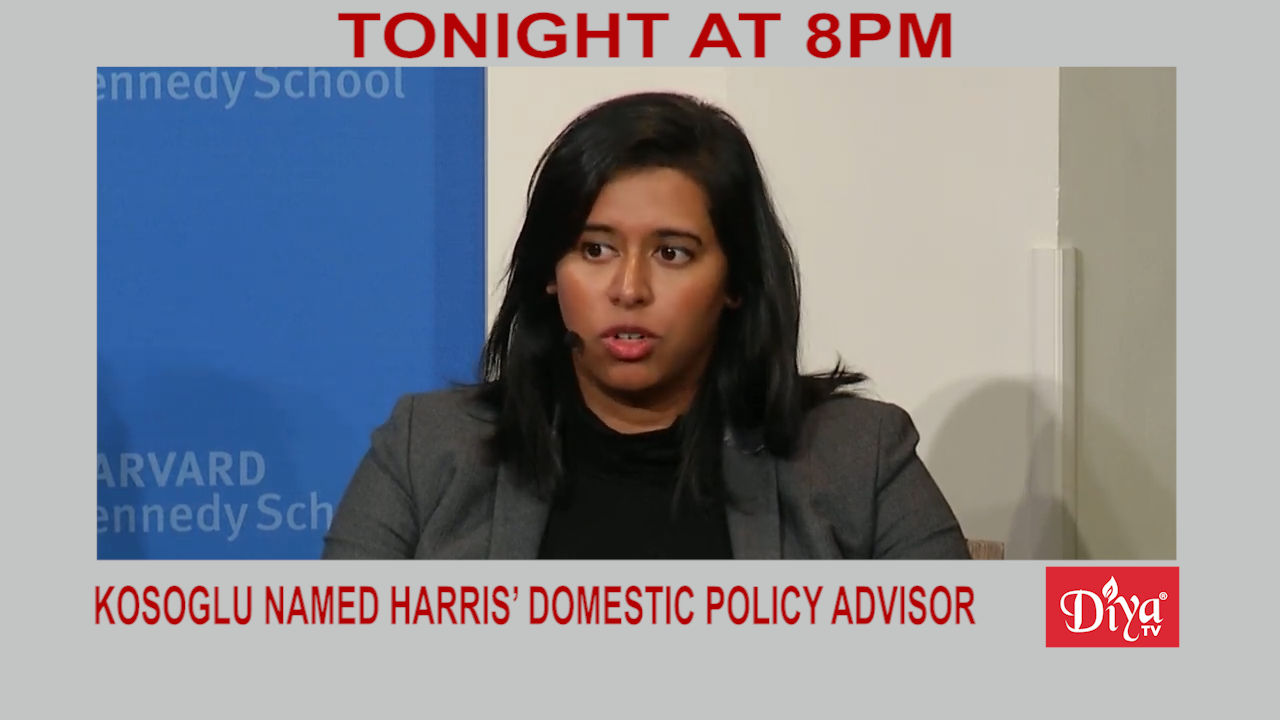 WASHINGTON (Diya TV) — Vice President-Elect Kamala Harris‘ White House senior staff is starting to take shape and one of her most trusted aides, Rohini Kosoglu, will serve as Domestic Policy Advisor. Kosoglu, who was the first Indian American woman to serve as Chief of Staff in the United States Senate under Harris, will be breaking yet another barrier in this policy making role.

Meanwhile, party planning is already underway for the Presidential Inauguration next month and Indian American Maju Varghese is responsible for it all as executive director of the inauguration committee. He’s part of a four member team organizing all the activities surrounding the swearing in ceremony of President-Elect Joe Biden and Vice President-Elect Kamala Harris on January 20. Varghese was chief operating officer of Biden’s presidential campaign.

It was a close call for a New York City subway commuter after police say a deranged man pushed her onto the tracks of an oncoming train. And was all captured on camera. 24 year old Aditya Vemulapati was arrested for attempted murder. Investigators say Vemulapati is from India and was homeless at the time. They believe he is emotionally disturbed. The commuter only suffered minor injuries.