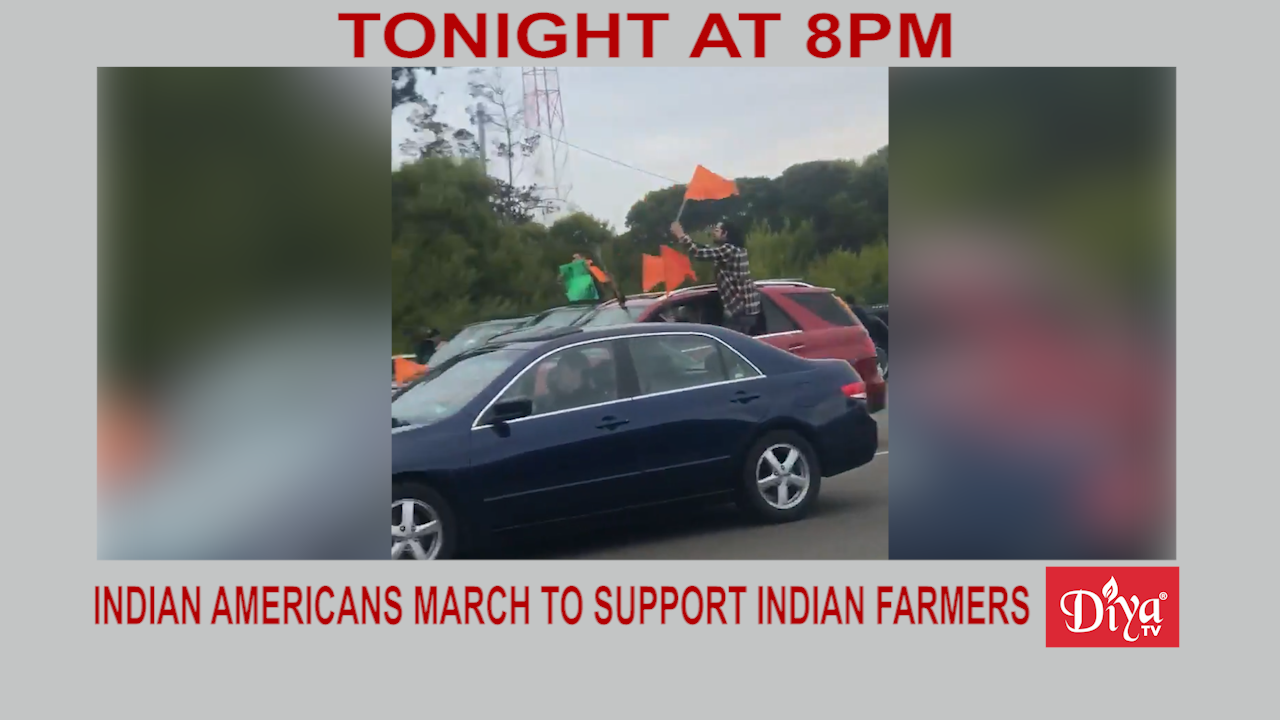 WASHINGTON (Diya TV) — From loud marches in San Francisco to traffic being stalled by hundreds of protesters in Seattle, Indian Americans are standing with farmers in New Delhi, aiming to get the attention of the Indian government over new agricultural laws. In September, India’s Parliament passed a law deregulating the farm sector. Critics argue larger companies could exploit smaller farmers.

Democratic Congresswoman Tulsi Gabbard may be leaving Washington next month, but she’s using her platform to tell her colleagues to reject President-Elect Biden’s pick for the  Office of Management and Budget, Neera Tanden. Tanden made it her mission to knock Gabbard during her run for the White House. Now Gabbard wants to remind her Congressional colleagues that Tanden’s foreign policy views make her unfit to be in the President’s cabinet.

Watch our exclusive interview with Rep. Gabbard during her presidential campaign discussing Tanden’s criticism of her candidacy:

The man known as the “Father of Fiber Optics” is being mourned in India, the U.S., and around the world. Dr. Narinder Singh Kapany has passed away. He was 94.  Fortune Magazine once called him the “Businessman of the Century” and is credited for his groundbreaking work in fiber optics, lasers and solar power. He also founded the Sikh Foundation to further Sikh arts and the religion.

Dr. Vivek Murthy to be US Surgeon General, again.