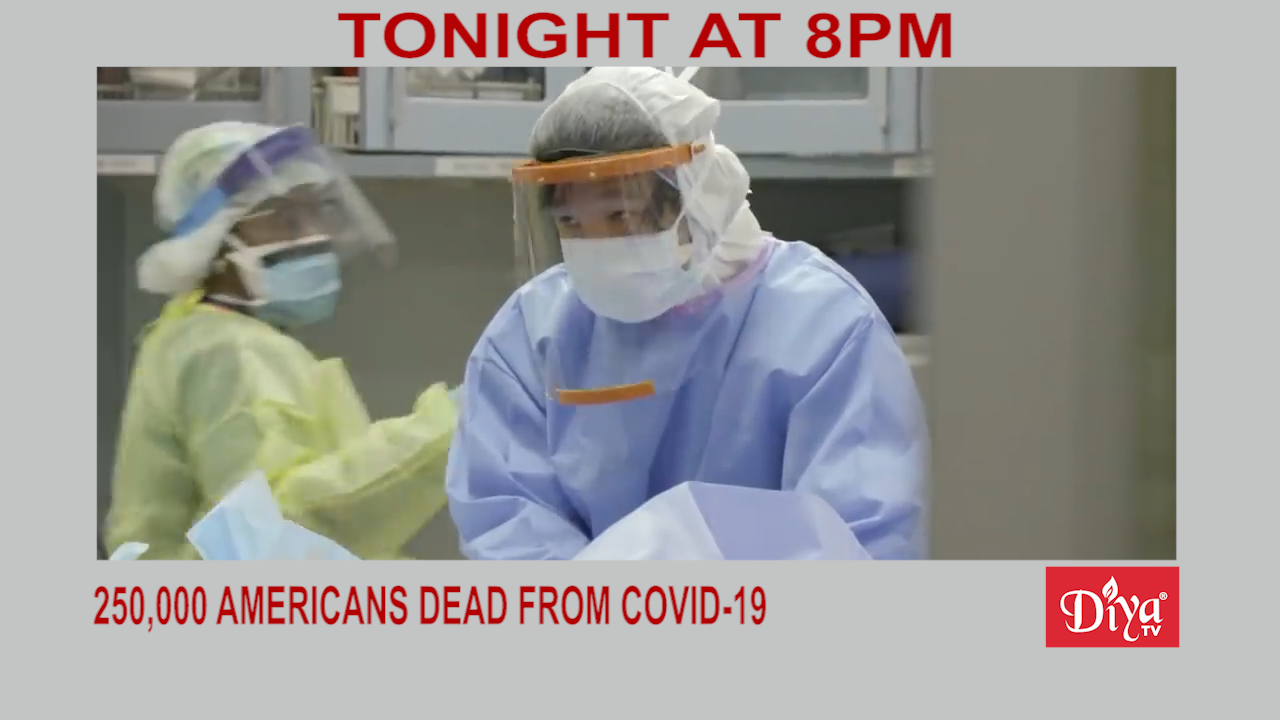 WASHINGTON (Diya TV) — 250,000 Americans have now died from COVID-19. That’s more than twice the number of U.S. service members killed in World War I and closing in on the number of American lives lost in World War II. Current hospitalizations have reached nearly 77,000 people, a new record and analysts fear at this rate, more than 300,000 Americans will be dead by the end of January.

Mindy Kaling’s “Never Have I Ever” on Netflix won a People’s Choice Award for Comedy Show of the Year.