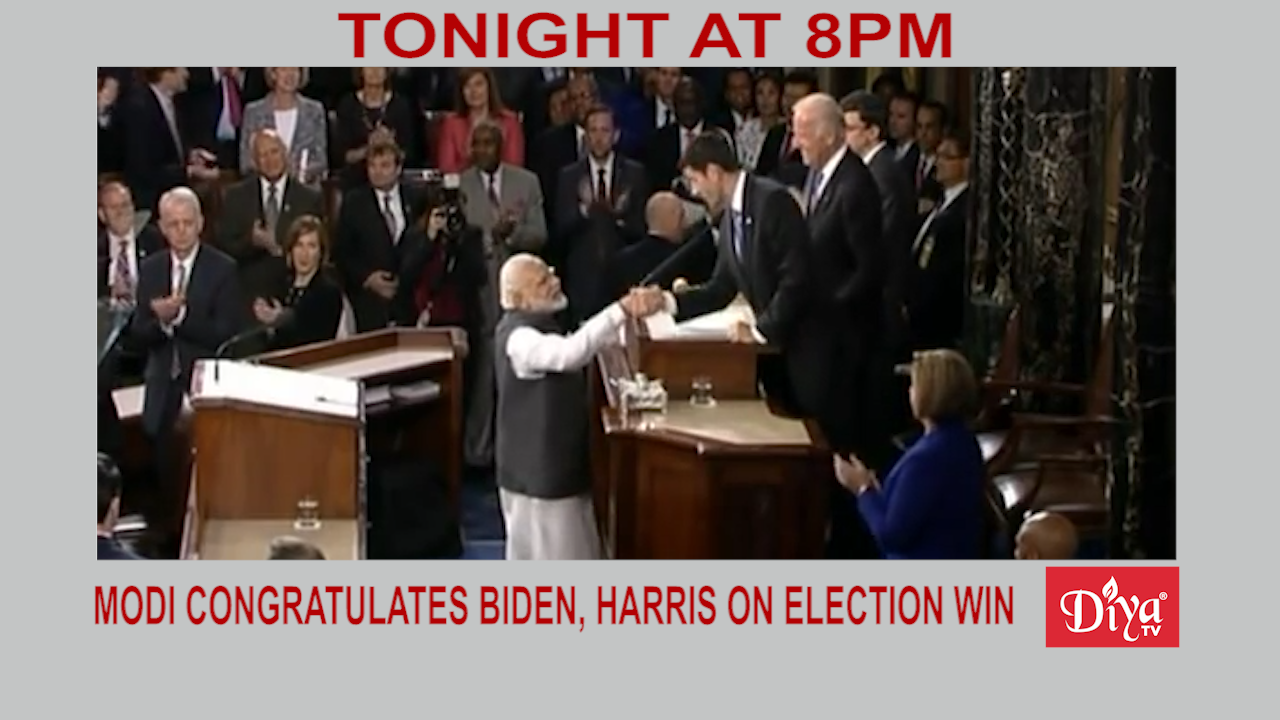 WASHINGTON (Diya TV) — Indian Prime Minister Modi spoke to President-Elect Biden over the phone to discuss priorities and concerns for both nations, with a focus on the pandemic, access to affordable vaccines, rebuilding the economy, climate change and working together in the Indo-Pacific. Modi also extended his congratulations to Vice President-Elect Kamala Harris, who will be the first Indian American ever to serve at that level.

In the first volume of his memoir titled “A Promised Land,” former President Obama wrote about a visit to India during his first term, including meeting with former Indian Prime Minister Manmohan Singh, as well as senior Congress leaders Sonia Gandhi and Rahul Gandhi. His book also talks about the influence of Mahatma Gandhi on his life. Obama had high praise for Manmohan Singh, but levied criticism of Rahul Gandhi and the BJP.

As the COVID-19 pandemic surges around the United States, forcing new lockdowns in cities and states around the nation, India is also being hammered by the virus, with New Delhi being the epicenter of the worst outbreak in the world at the moment according to new data.