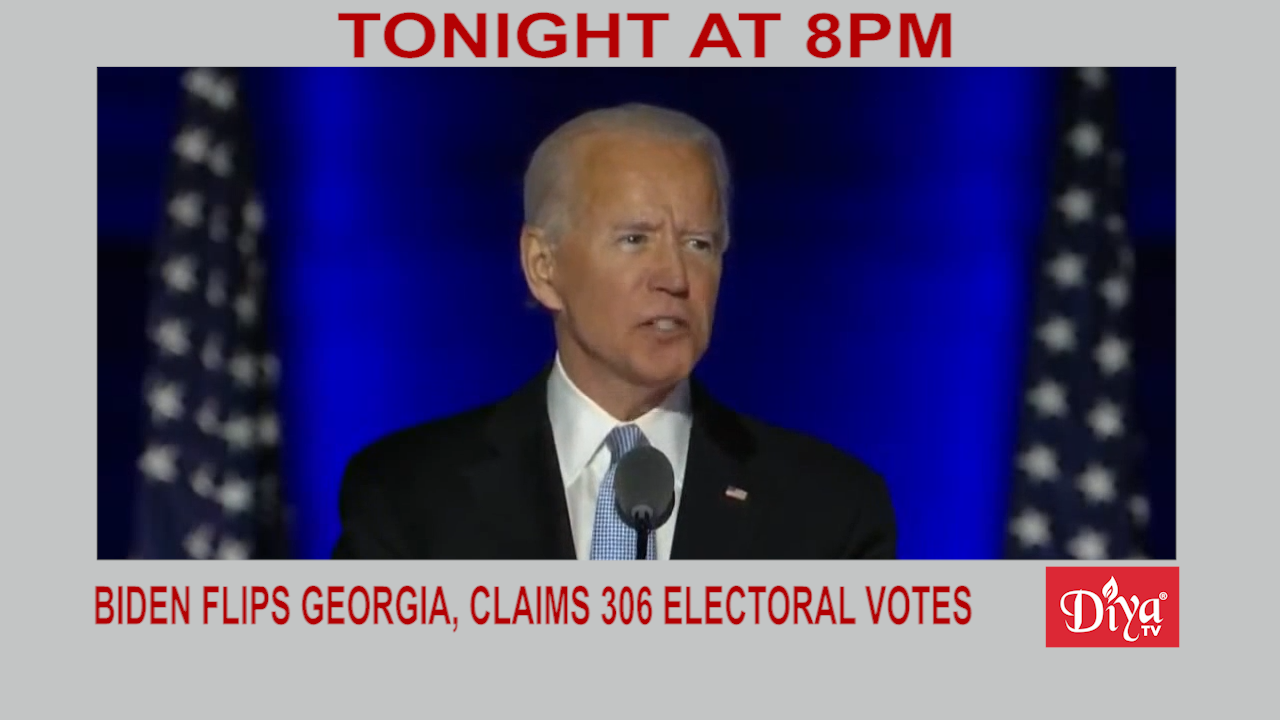 ATLANTA (Diya TV) — President-elect Joe Biden officially won the state of Georgia, becoming the first Democratic candidate to do so since Bill Clinton in 1992.

The President held his first official appearance since the election for a coronavirus briefing, but did not take questions from reporters.

Priyanca Radhakrishnan is New Zealand’s first minister of Indian descent, appointed to be the Minister for Diversity, Inclusion and Ethnic Communities, as well as the Minister for the Community and Voluntary Sector, and Associate Minister for Social Development and Employment in Prime Minister Jacinda Ardern’s new cabinet. She was first elected as a Member of Parliament in 2017.

Kash Patel, a long-time aide to California Congressman Devin Nunes, is now heading to the Pentagon as the Chief of Staff for President Trump’s newly-minted Secretary of Defense Chris Miller.

And Diwali celebrations are taking place around the world, with lavish ceremonies throughout India, New York’s Empire State Building lit up in orange and salutes from world leaders Justin Trudeau and Boris Johnson.