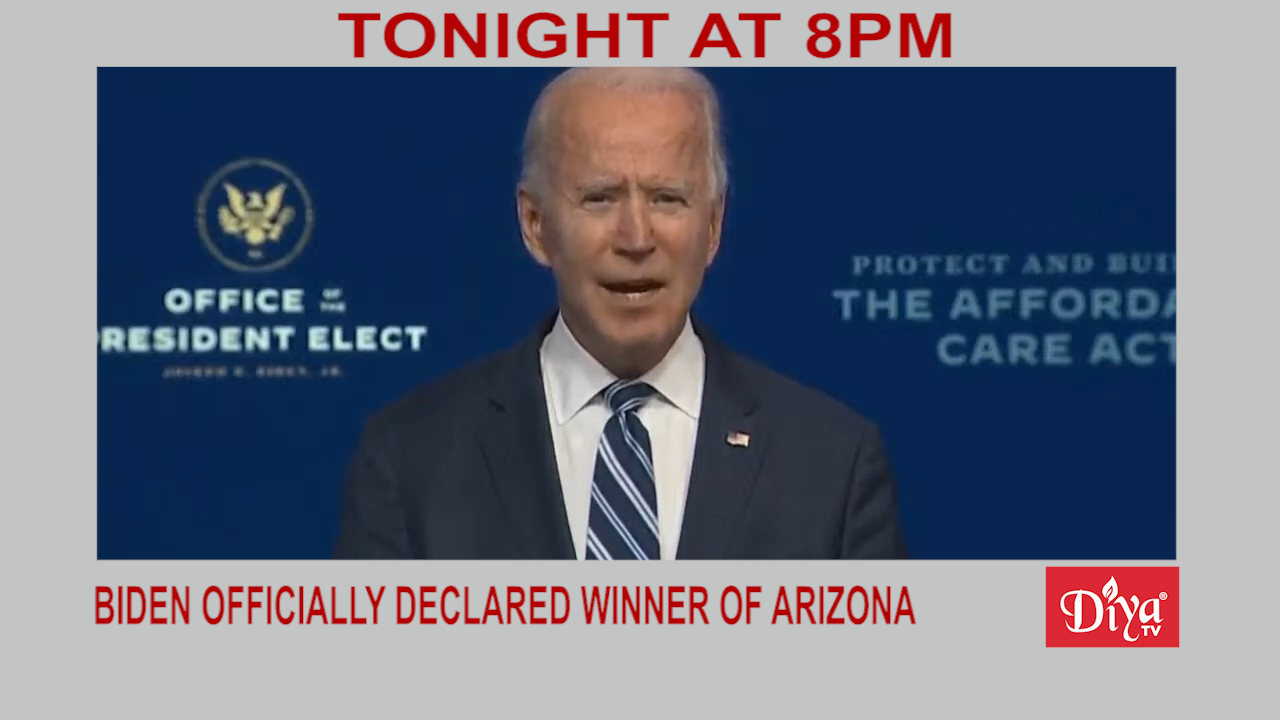 PHOENIX (Diya TV) — With 99% of the vote in and the number of ballots left to be counted not enough to change the result, Joe Biden was officially declared the winner of Arizona, the first Democrat to win that state since Bill Clinton in 1996. The win adds 11 more electoral college votes to the Biden ledger. And while Biden has already crossed the 270 vote threshold required to win the Presidency, President Trump has not relented his pursuit for a second term through litigation, despite the fact there is a growing chorus in the Republican Party that Trump should officially concede to help unite the country after a tumultuous campaign.

The Department of Justice says 36 year old Viky Bohra, the husband of former Amazon finance manager Laksha Bohra, pleaded guilty to an insider trading charge. The Securities and Exchange Commission said the Bohra family made accounts in different family members’ names to make $1.4 million in illegal profits by trading in Amazon securities. The Bohras settled SEC civil charges by forfeiting the profits and paying more than $1 million in fines. Viky Bohra will be sentenced in February and under the plea agreement, Laksha Bohra and the other family members will not face criminal charges.